Justin Trudeau Will Meet President Trump at the White House

Canadian Prime Minister Justin Trudeau delivers a speech during a funeral ceremony held for six people, who were killed in a shooting at a mosque in Quebec City late Sunday, at Maurice Richard Arena in Montreal, Canada on Feb. 2, 2017.
Seyit Aydogan—Anadolu Agency/Getty Images
By Abigail Abrams

“They look forward to discussing ‎the unique relationship between Canada and the United States of America and how we can continue to work hard for middle class Canadians and Americans, together,” Kate Purchase, Trudeau’s director of communications, said in a statement, according to the Toronto Star.

The two leaders have previously spoken on the phone, but this will be their first in-person meeting.

Several of Trudeau’s ministers traveled to Washington, D.C. in the past week to meet with the Trump administration and prepare for the talk, according to CBC News. Trump adviser Kellyanne Conway also told CNN on Tuesday that Trudeau would come to the White House “next week.”

Trump and Trudeau — a self-described feminist who tweets welcome messages to refugees and has championed trade deals — seem to have little in common politically, but their meeting has been highly anticipated. The Canadian prime minister talked to other world leaders about how best to engage with Trump ahead of this first meeting, the Guardian reported this week. 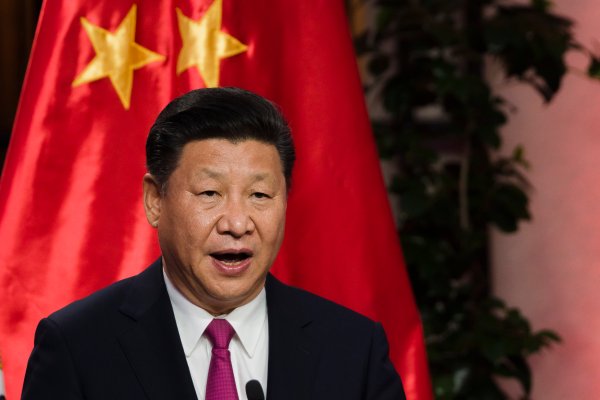 President Trump Sent China a Letter That Looks Forward to a 'Constructive Relationship'
Next Up: Editor's Pick