'It's a National Scandal.' Former Cheerleaders Are Suing the NFL for Unfair Pay

A group of former NFL cheerleaders who used to root on the San Francisco 49ers and the Oakland Raiders recently filed a lawsuit alleging the league underpaid them.

Drexel Bradshaw, an attorney for at least one of the cheerleaders, said the NFL purposefully kept the women’s salaries low and prevented them from negotiating better pay. “It’s a national scandal that in an organization like the NFL, run top to bottom by billionaires, the only group comprised entirely of women is paid illegally,” he said. “The NFL is acting deeply un-American.”

The NFL declined to comment Thursday. Neither team has commented publicly on the lawsuit.

Caitlin Yates, a former Raiders cheerleader and one of the women involved in the lawsuit, said she made $1,200 a year — which she said was significantly less than what the team mascot raked in. “That doesn’t add up when you look at how much work we’re putting into this,” she said. “I always say that we paid to be on the team.” 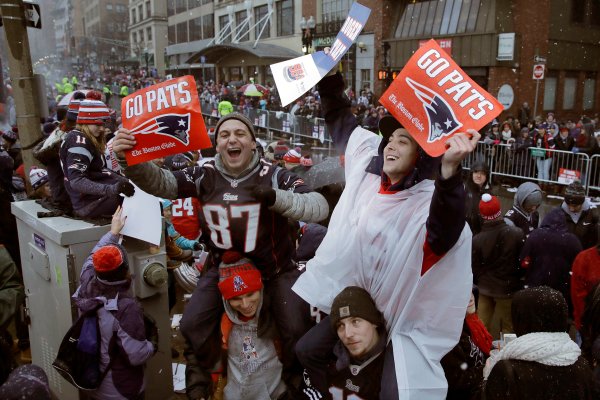 Watch Live: New England Patriots Celebrate Their Super Bowl Victory With a Parade in Boston
Next Up: Editor's Pick