It’s a good thing Star Wars actor Daisy Ridley has a mean poker face, because lately her ability to keep a secret has been sorely put to the test by the interrogative abilities of fellow actors Josh Gad and Dame Judi Dench.

Gad, her costar on the upcoming Murder on the Orient Express, is apparently a big Star Wars fan—and has been taking advantage of filming with Ridley to ambush her with questions and see if she’ll unwittingly reveal spoilers for the upcoming eighth movie in the sci-fi franchise, Star Wars: The Last Jedi. He’s now posted three videos of Ridley stopping by his dressing room trailer, where she is forced to deflect his merciless line of questioning.

This week, Gad decided to switch things up by getting none other than Judi Dench (also on the cast of Murder on the Orient Express) to play along. As Ridley enters the trailer, Gad quickly switches up the script.

“You’re answering her Star Wars questions,” he says, panning to Dench. The legendary actress then proceeds to grill Ridley with some very specific queries.

Through it all, Ridley manages to (barely) keep a straight face, before buckling under the pressure. “OK,” she finally concedes to Dench—at which point the video cuts out.

And here are Gad’s earlier attempts at digging up some dirt: 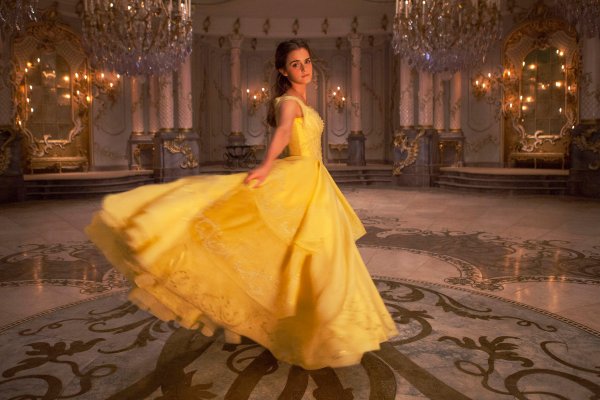 Watch a 'Beauty and the Beast' Story Starring Lord Voldemort
Next Up: Editor's Pick