By TIME Staff
The Oct. 24, 2016, issue of TIME
Illustration by Edel Rodriguez for TIME

TIME has won the American Society of Magazine Editors Cover of the Year award for its Oct. 24, 2016, cover, an illustration created by artist Edel Rodriguez. TIME Editor-in-Chief Nancy Gibbs delivered the following remarks at the American Magazine Media Conference in New York Wednesday:

The word magazine shares a root with the medieval French word for a warehouse, a treasury, or a place to store ammunition.

It suggests a container for that which is useful, valuable, sometimes dangerous.

This is where we all live now, and why magazines matter more than ever.

Last summer when candidate Trump was in a battle with everyone from a gold star family to leaders within his own party, I asked TIME Creative Director D.W. Pine to help us find the image to capture this moment which he produced with artist Edel Rodriguez, which we returned to again in the fall after the release of the “Access Hollywood” tapes.

In the end, that which melted returned to form, and won the day, and it is the story of a lifetime. 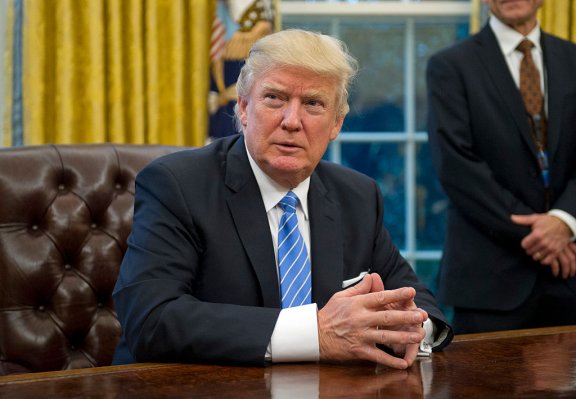 A Note to Our Readers
Next Up: Editor's Pick