The White House is defending President Trump’s tweet critical of Nordstrom’s for dropping his daughter’s clothing brand, amid renewed questions of the entangled relationship between his companies and his Administration.

On Wednesday morning, Trump tweeted that his daughter Ivanka “has been treated so unfairly” by the clothing outlet, which announced last week it was dropping her eponymous clothing brand from its website and stores.

White House Press Secretary Sean Spicer said Trump’s tweet, which was also retweeted by the official @POTUS account, was appropriate, because the president interpreted Nordstrom’s decision as a personal attack, despite the company’s assertion that it was a business decision.

“This was less about his family business and more about an attack on his daughter,” Spicer said. “This is a direct attack on his policies and her name.”

“The president has every right as a father to stand up for them,” Spicer added.

Spicer addressed concerns that Trump sent the tweet during his Presidential Daily Briefing, which was scheduled to begin at 10:30 am. “He was free when that happened,” he said. 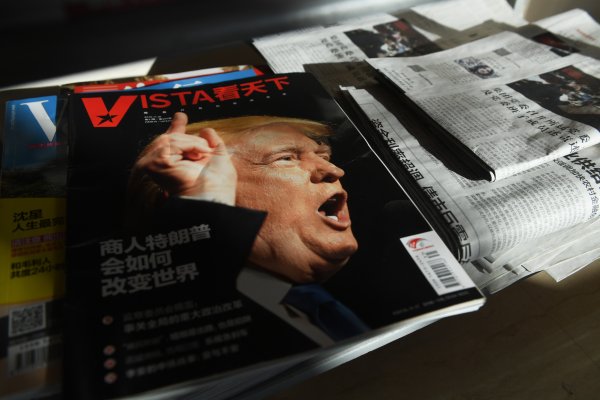 Top Chinese Judge Calls Trump an 'Enemy of the Rule of Law'
Next Up: Editor's Pick