As a child growing up in the Midwest, my mother only watched CBS News. Walter Cronkite was her man. She respected him; she trusted him; and she loved his nightly sign-off, “And that’s the way it is…”

I thought about my mother during Monday night’s highly unusual broadcast of the CBS Evening News. Scott Pelley led with a cold open, the likes of which I have never seen on network news.

Remarkably, he began the telecast by challenging Donald Trump on all manner of false claims, while standing in front of a screen that read “Reality Check.”

“President Trump told a U.S. military audience that there have been terrorist attacks that no one knows about because the media choose not to report them. It has been a busy day for presidential statements divorced from reality,” said Pelley.

“Mr. Trump said this morning that any polls that show disapproval of his immigration ban are fake,” Pelley noted. “He singled out a federal judge for ridicule after the judge suspended his ban, and Mr. Trump said that the ruling now means that anyone can enter the country. The President’s claims, whether imaginary or fabricated, are now worrying even his backers,” Pelley said.

It’s abhorrent that we have allowed him to frame the conversation and control the dialogue. But while Pelley gave vital and vibrant voice to those tired of the President’s lies, I do have a handful of observations about the media pushing back now.

It’s too late. Where was this muscle during the campaign? Most presidents discover that they cannot govern the way they campaigned. Not Trump. For the most part, he’s doing everything he said he would do. We should have taken him more seriously.

It’s too complicit. The media helped create this monster, but now we want to cut his head off. The data are crystal clear: There are polls, charts, graphs and studies galore that confirm the American media’s love for Trump over all other candidates greatly contributed to his rise to prominence and his election. To put a twist on an old saying: You make it, you own it.

It’s too hypocritical. He certainly was not the only one, but the CBS executive chairman and CEO Les Moonves did not mince words in March 2016 about his appreciation for Donald Trump, when he said: “It may not be good for America, but it’s damn good for CBS.” He went on to say, “Man, who would have expected the ride we’re all having right now? … The money’s rolling in and this is fun.” And that, “I’ve never seen anything like this, and this is going to be a very good year for us. Sorry. It’s a terrible thing to say. But, bring it on Donald, keep going. Donald’s place in this election is a good thing.” Moonves later said this was all a joke given as an answer to a question about the potential for political advertising dollars, not ratings. He also explained that it was “the early days of Trump, where no one imagined him being where he is today” — but profiting first and then pushing back later is morally bankrupt.

It’s too self-serving. Is the evolving media fight-back about democratic stabilization or just reputational preservation? I’m not sure. Trump calls the media “scum” and regards them as an “opposition party.” It’s no wonder, now that their reputation is on the line, Scott Pelley and other journalists of substance and stature have had enough of Trump’s haughtiness and haranguing — as we have seen CNN’s Jake Tapper do, too, particularly in his recent interview with Kellyanne Conway.

I hope we all learn our lesson from this American horror story. Namely, that Trump — and any future leader like him — is neither tactful nor truthful. He refuses to see the truth even when it’s naked. His lies annoy us, but it’s clear that the truth annoys him.

So here’s to truth, truth and more truth. 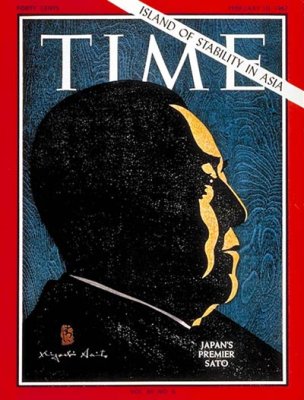 50 Years Ago This Week: Japanese Culture of the 1960s
Next Up: Editor's Pick