Stephen Colbert has a gift for President Donald Trump. An article published in the New York Times on Sunday reported that Trump has been known to spend his evenings in the White House “watching television in his bathrobe.”

Trump disputed the newspaper’s coverage of him, tweeting, “The failing @nytimes writes total fiction concerning me.” In his response to the article, White House Press Secretary (“and Melissa McCarthy’s retirement plan”) Sean Spicer said, “I don’t think the president owns a bathrobe.” Colbert realized that could only mean one thing: “Sean Spicer has seen Donald Trump naked.”

On The Late Show on Tuesday, Colbert decided to remedy that situation. “I may not agree with Donald Trump’s politics,” he said, “But I’ll be damned if I live in a country where my president wanders out on the front lawn in his boxers.”

Colbert presented the president with an extraordinary robe, called Robe Force One. Colbert grinned as he showed off the robe’s features, including the Trump name emblazoned across it “It’s Trump brand,” said Colbert. “So it’s proudly not made in America.” Watch the full clip below. 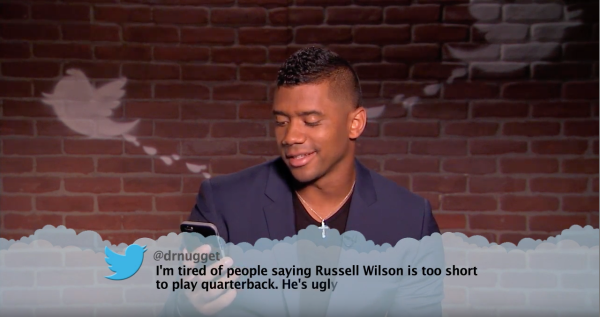