In John Wick: Chapter 2, Keanu Reeves’ John Wick does more walking than driving. This is a man who loves fast cars, and in the movie’s dazzling opening sequence, he takes one for a spin—and a crash and a bang—with crazy-cool elán. But mostly, Wick—the quintessential hitman who wants only to retire, and whom we first met as a ruthless-yet-tender puppy-death avenger in the surprise 2014 hit that bears his name—gets around the old-fashioned way, on foot, as if willing himself to slow down in a world that’s spinning too fast.

Who hasn’t felt that way? The pleasures of John Wick: Chapter 2 may be even greater than those of its predecessor—itself a symphonic achievement in scrappy, balls-out, action filmmaking—because in this one, there’s no puppy murder to endure. There is a dog in Chapter 2, the stocky pitbull-mix that Wick freed from a cage at the end of the first film, but animal lovers have nothing to fear: He’s protected from all harm. It’s lovers of humankind who are put to the test. John Wick: Chapter 2 asks the classic pulp question—Are human beings worth saving?—and delivers, with the right proportions of joy and sorrow, the classic pulp answer: Sometimes, no.

At the beginning of Chapter 2, Wick retrieves his beloved vintage Mustang from the Russian baddies who stole it in the first movie, though neither man nor car emerges scratch-free. He drives the highly compromised vehicle home—or, rather, chugs it home—to that big, featureless house, seen in the first movie, which appears to be somewhere on Long Island. There he’s greeted by his dog, a muscular beauty with a big, lapping tongue and lustrous fur that’s a cross between chocolate and smoke. But almost before Wick has even had a chance to toss the obligatory tennis ball, he’s paid a visit by mobster Santino (Riccardo Scamarcio), a member of the syndicate Wick is hoping to escape. It turns out Wick owes Santino a debt. Next thing we know, he’s walking over the Brooklyn Bridge, dog in tow, toward Manhattan. Don’t look to John Wick: Chapter 2 for geographical realism: The point is that Wick is a man of action. He’s not one to wait for the bus.

For efficiency’s sake he does, however, take a plane to Rome, the first leg in his adventure. Upon arrival he meets with a sommelier who has a nose for weapons and a tailor who specialized in bulletproof suits. At last ready for work, he heads out to a drowsy-decadent catacomb nightclub, where he tangles with a sultry mob princess (Claudia Gerini) and her glamorous bodyguard, played, wonderfully, by Common: In one stunning and witty hand-to-hand-combat sequence, they tumble down at least three sets of stone Roman stairs, grunting and grabbing at one another all the way, pausing briefly at each landing to land a few extra kicks and punches. It’s a sublime verse-chorus-verse of brutality.

John Wick: Chapter 2 has style to burn, and oh! what violence—terrible, bone-crunching, glorious violence, beautifully orchestrated by director Chad Stahelski. Like the first picture, it’s heavily influenced by the kinetic, balletic violence of early John Woo movies, but there’s at least a shot-glass dose of the James Bond tradition, too. This time around, Wick—though still mourning the death of his wife, played once again, in brief flashback, by Bridget Moynahan—indulges in a few flashes of glamour. His elegance is the lived-in kind, a uniform of healed-over stab wounds and muscles that never betray how much they must be aching.

That’s what the now-fiftyish Reeves can bring to an action movie, and it’s something special. In the early 1990s Reeves was sometimes derided, by people who didn’t know any better, as a dumb-bunny beauty. That’s because his intelligence as a performer is the slow-burning kind: If you couldn’t appreciate the laid-back genius of his comic riffs in the Bill & Ted movies, or his acrobatic coolness as an undercover (and surfing) FBI agent in Kathryn Bigelow’s Point Break, you didn’t deserve Keanu, anyway. By the time the first Matrix movie hit, nobody was making fun of Reeves anymore. He’s now also a filmmaker himself, as well as a passionate defender of film craft: He produced, and also narrates, the 2012 documentary, Side by Side: The Science, Art and Impact of Digital Cinema.

If actors, or even just people, become the sum of their experiences, then this is what a mindful action star looks like: Reeves looks and moves like someone who’s been somewhere. Wick is a man of few words, most of them along the lines of “I’m not that guy anymore.” Every time he opens his mouth to speak, he’s like a monk getting ready to break his vow of silence—sometimes only words will do, but whenever possible, he prefers showing to telling. The violence of John Wick: Chapter 2 is mostly semi-comical, but it’s also occasionally intense. (Beware the eewky pencil-jabbing scene.) Yet Reeves is dazzling in his consistency: He knows what’s awful and what’s funny about every scenario, cluing us in with an invisible wink. Sometimes his John Wick is a relentless killer, but other times he’ll spare a life, his mercy meted out with knife-point precision. Sometimes he’s like a pitcher winding up on the mound, his coiled energy finding its release both in bold movements and in gradations so subtle they can’t be seen with the naked eye. Other times, he’s more like a lazy cheetah, ready to run but preferring not to. The most beautiful moments in John Wick: Chapter 2 are the simplest, basically the sight of a guy walking—or running—with his dog at his side, each keeping pace with the other. Where are they headed next? It’s a mystery written in muscle and bone, and in blood, too. 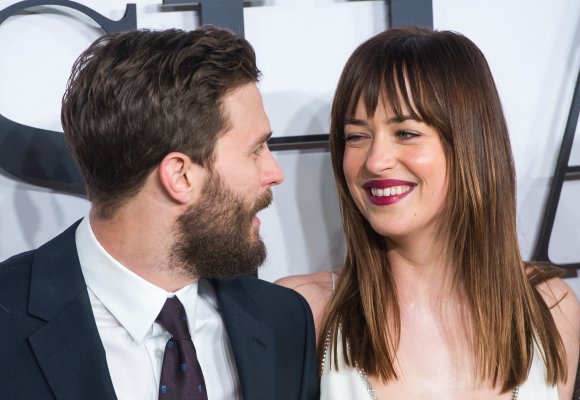 If There's Pain In Fifty Shades , There's Pleasure In Its Soundtrack
Next Up: Editor's Pick