Yemen will reportedly no longer allow the U.S. to carry out ground antiterrorism operations in the country after a Special Forces raid last week quickly devolved into a deadly firefight, claiming the lives of an American commando and several Yemeni civilians.

The New York Times reports that several unnamed military and civilian officials said Yemen will sharply curb the U.S. military’s ground reach in the country, but will not prohibit drone attacks or impact U.S. security advisers who provide intelligence to Yemeni and Emirati allies.

Neither American nor Yemeni officials have publicly announced the ban, while spokespeople for the Pentagon declined to comment, according to the Times. However, if enacted, the banning of ground operations could undermine President Donald Trump’s promise to be more aggressive in taking the fight to Islamic militants than his predecessor.

Trump’s administration has staunchly defended the Jan. 29 operation as a success, despite a rising tide of criticism as details emerge. Yemeni officials were reportedly outraged by the mission, during which a joint team of Navy SEALs and elite forces from the United Arab Emirates came under attack while attempting to raid a housing compound believed to be a major base of al-Qaeda in the Arabian Peninsula (AQAP).

The ensuing firefight raged for nearly an hour and required air reinforcements to ward off attacks against the U.S.-led ground forces. One Navy commando, Chief Petty Officer William “Ryan” Owens of SEAL Team 6, died during the mission, and the Pentagon has acknowledged that several civilians, including children, were likely killed. An 8-year-old girl — the daughter of Anwar al-Awlaki, who was killed by a 2011 U.S. airstrike — was also reportedly caught in the crossfire.

Read more: Donald Trump Is About to Inherit These Four Middle East Headaches

Last week’s messy operation was the first major military action authorized by Trump, a decision made just days after he took office. Critics say the call may have been made hastily.

Officials had been planning the operation since last year while former President Barack Obama was still in office. In the raid’s immediate aftermath, White House Press Secretary Sean Spicer initially portrayed it as having been already approved by Obama, though former security advisors have disputed that narrative.

Regardless of when and whether the operation was vetted, Spicer defended it as a successful intelligence-gathering mission that resulted in the collection of data that could save American lives.

According to the Times, however, intelligence officials say the value of those materials will take time to assess and it is too early to determine how useful the data will be. Other reports have claimed that the mission had a secret objective beyond intelligence gathering.

Military and intelligence officials reportedly said the real goal of the raid was to kill or capture Qassim al-Rimi, the leader of AQAP and one of the world’s most wanted suspected terrorists. NBC News reported that al-Rimi appears to have not been affected by the operation and may have been heard taunting the American President in an audio clip released after the raid.

Spicer denied on Tuesday that the raid had any objective other than retrieving intelligence.

“The raid that was conducted in Yemen was an intelligence-gathering raid,” the Times quoted Spicer as saying. “That’s what it was. It was highly successful. It achieved the purpose it was going to get, save the loss of life that we suffered and the injuries that occurred.” 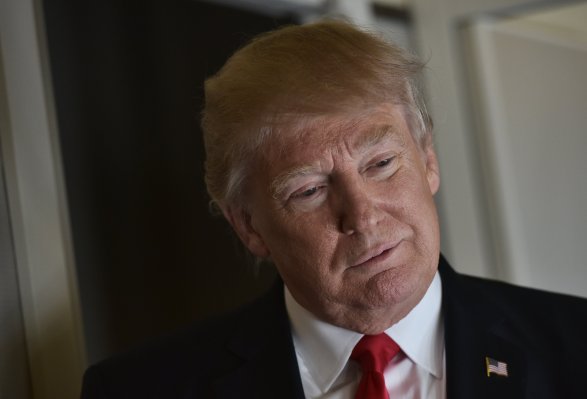 'Fool of the White House:' Al-Qaeda 'Taunts Trump'
Next Up: Editor's Pick