SNL‘s new head writer Kent Sublette came up with the idea for the now viral skit, PEOPLE has learned. And after approaching McCarthy with the idea, she immediately jumped on board.

When the 46-year-old actress took the stage, the audience burst out into laughter and applause at the sight of her Spicer costume — complete with an ill-fitting suit and blonde wig.

“Before we begin, I know that myself and the press have gotten off to a rocky start,” McCarthy began. “When I say ‘rocky start’ I mean it in the sense of Rocky the movie because I came out here to punch you in the face, and also I don’t talk so good.”

As her character became more frustrated with questions regarding Trump’s travel ban and adviser Steve Bannon, she charged at a journalist with her podium.

SNL cast member Mikey Day, who played the journalist hit by the podium, later took to Twitter to reveal that he previously worked with McCarthy at the improvisation and sketch comedy theater The Groundlings.

The skit was received with rave reviews, and even Spicer himself couldn’t deny its humor.

“[She] needs to slow down on the gum chewing. Way too many pieces in there,” Spicer told Extra, adding that the episode was “funny.” 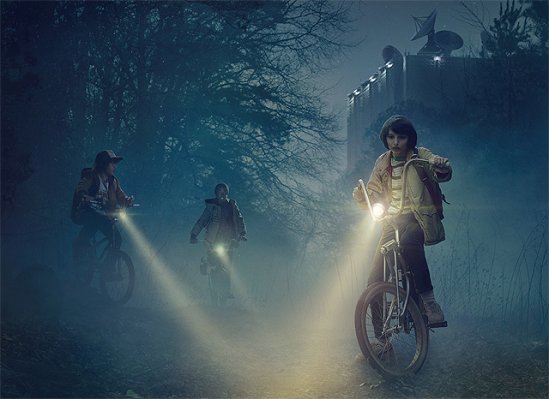 Everything We Know About the Second Season of Stranger Things
Next Up: Editor's Pick