While the definition of autism spectrum disorders (ASD) has changed over the years, one thing has remained relatively constant: the fact that rates of ASD are anywhere from two to five times higher among boys than they are among girls.

Until recently, brain experts haven’t focused much on the possible gender-based reasons for this difference. Now, in a report published in JAMA Psychiatry, scientists point to one possible explanation for the discrepancy.

Brain scientists know that some structures in the brain differ between the sexes. One is the thickness of the cortex, the brain’s outer layer that is embedded with nerves involved in memory, thinking, language and other higher cognitive functions. Men tend to have thinner cortex measurements, while women tend to have thicker ones, and this difference is a pretty reliable way to distinguish males from females. Taking advantage of this knowledge, Christine Ecker, a professor of neuroscience and brain imaging at Goethe University in Germany, and her colleagues compared the cortical thickness on brain MRIs among 98 adults with ASD and 98 people without the disorder. The thinner the cortex, regardless of gender, the more likely the person was to have ASD. Even for the women with thinner, more male-like cortical thickness readings, the risk of ASD was three times higher than for women with thicker measurements more in line with unaffected women.

“The assumption was that if the male brain were more vulnerable to ASD, then maybe the brains of females with autism have features that resemble the more male-like brain,” says Ecker. She notes that the measurements don’t mean that the females with thinner readings had male brains. In fact, the study did not look at any of the adult women’s brain functions, so it’s not clear whether the thinner cortex had any functional effect.

But the results point to a potentially important role for the cortex in better understanding autism. It’s possible, for example, that the thicker cortex in women might be protective against developing autism. Ecker says she and her team are looking at other aspects of the cortex to support this idea. That could guide autism researchers towards more of the factors that cause autism, and maybe even provide clues about how to treat its symptoms.

Ecker stresses that her study is just the start. Her findings don’t make clear, for example, whether the cortical thickness is causing autism, or if it is simply a symptom of the disorder. In other words, do women who develop autism develop the disorder because they happened to have a thinner cortex, like men, or is their thinner cortex a symptom of the autism they developed due to some other reason? “We don’t know at this point,” says Ecker.

With her next studies, she hopes to find out. She plans to investigate what functional changes the different thicknesses have on male and female brains to see if they can be connected to autism. She also wants to track the changes in cortex measurements over the lifespan, to see if the male and female differences remain from infancy throughout adolescence or whether they begin to appear later in life. 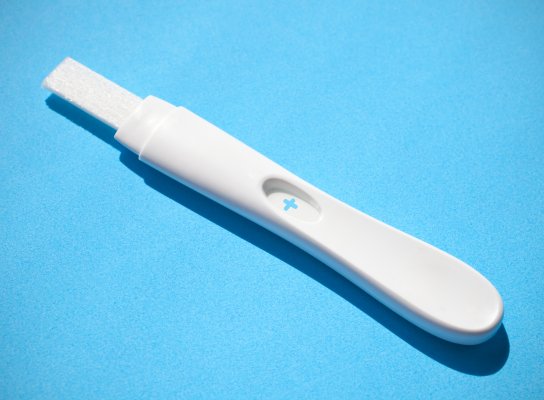 10 Things That Can Affect Your Fertility
Next Up: Editor's Pick