Populism has an increasing influence on the world in the wake of Donald Trump’s presidency, Brexit and the rising far-right movement in other European countries, and it’s a movement that will have wide-ranging global consequences, an idea that a panel discussion hosted by the Carnegie Corporation of New York and TIME on Tuesday explored.

The spread of populism is rooted partly in economic inequality and in a rejection of progressive ideals, caused by generation and education gaps, said Pippa Norris, a comparative political scientist and professor at Harvard University and the University of Sydney.

“What populists can do, is they can appeal to this dissatisfaction with the amount of change, and say, ‘We can take you back,'” Norris said. She continued, referencing Trump’s campaign slogan: “What is making America great again? It says, ‘America was great. We can get back to it.'”

“We have to say that authoritarianism, authoritarian systems, populism, seem for the moment to have the upper hand,” Roger Cohen, a New York Times columnist, said. “Democracy is almost mocked these days. People don’t realize the value of it.”

The election of Trump has shifted global ties the U.S. has traditionally honored, Cohen said, calling the President an avatar for popular unrest that “borrowed the Republican Party like you might rent a tux.” Throughout his campaign and into his presidency, Trump lambasted the North Atlantic Treaty Organization, criticized German Chancellor Angela Merkel and said he “respects” Russian President Vladimir Putin.

“Europe doesn’t know whether to put up a bridge or a rampart to the United States right now,” Cohen said. “There is a huge exponential difference in that, and it has created a degree of instability and uncertainty and danger that would have been unthinkable even nine months ago.”

While sill in the very early stages of his presidency, Trump has also pulled the U.S. out of the Trans-Pacific Partnership and sparred with the leaders of Mexico and Australia.

“If you extrapolate out from the first two weeks [of Trump’s presidency], it’s unsustainable,” Cohen said. “You can’t have that degree of chaos indefinitely.”

Cohen questioned what event would qualify as Trump’s Reichstag fire, referring to the fire set to the German parliament in 1933, which was exploited by Adolf Hitler to establish the Nazi Party.

Technological advances have also influenced the rise of populism, the panelists said. Social media can “segment population” and allow people to take in whatever news they want, Bremmer said.

“The first billion people that get connected are largely wealthy and largely elites and largely either self-satisfied or politically apathetic,” said Ian Bremmer, president of the Eurasia Group and TIME editor at large. “But when you start getting the 4 billion people getting connected, you realize you have a whole bunch of people that are very unhappy with the status quo. So if you’re giving them a megaphone, you’re going to hear a lot more illiberalism.”

Norris noted that the Women’s March and protests against Trump’s executive order on immigration have shown that liberals have woken up and been inspired to action since the election.

“I’ve never lived through such mass demonstrations,” Norris said. “The resistance so far is amazing.” 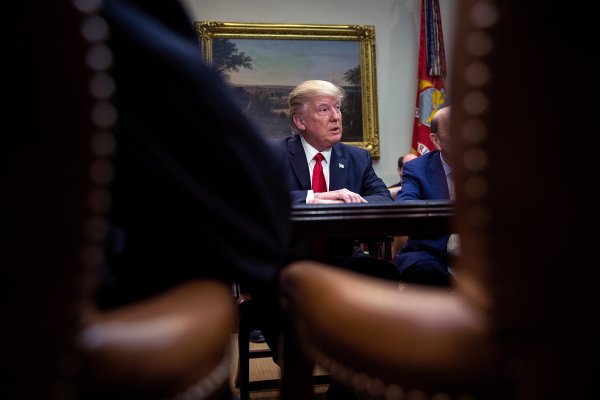