Mom of two Ashley Clifford is having an easy time with breastfeeding this time around, but she understands firsthand the pain of being unable to nurse. That experience inspired her to help other moms by donating her breastmilk — an impressive 295 oz. — all while continuing to nurse her 5-month-old.

When her first child, son David, was born two years ago, Clifford had hoped to breastfeed. But things didn’t go according to plan.

“He latched just fine, but I wasn’t producing enough for him,” Clifford, 26, tells PEOPLE. “I tried for about a month, exclusively nursing and pumping, but nothing seemed to help my supply at all. I was on an exhausting schedule with him, taking Fenugreek supplements, nursing every two hours and pumping for 20-plus minutes after each nursing session. I was so stressed out, tired, frustrated and felt helpless.”

A lactation consultant then recommended that she supplement her breast milk with formula, which immediately worked.

“He was like a new baby,” Clifford says. “I absolutely wanted to nurse him longer, but I had to put what was best for him ahead of what I wanted. I kind of felt like a failure with not being able to provide for him naturally, but seeing him happy and growing made me happy.”

And when her second child, daughter Ellie, came along, she was able to breastfeed, but Clifford also wanted to help moms who didn’t have that success.

“Ellie won’t take a bottle from me, so I nurse on demand with her,” the stay-at-home mom from Minnesota explains. “Our deep freezer was starting to get full with the milk I had stored, and since she hasn’t had an interest in taking a bottle from me, I started looking into donation.”

In five months, she pumped 295 oz. for donation, and hopes to hit 1,000 by Ellie’s first birthday in August.

As someone who understands each side — breastfeeding and relying on formula — Clifford wants to normalize both.

“I’ve heard lots of people say ‘breast is best’ and while I agree that the nutrients are best for babies, I do not agree with shaming moms who can’t breastfeed, or have trouble with it,” she says. “I feel that as a parent, my job is to provide what’s best for my child and if that means giving my baby formula so they don’t starve, then that’s what I will do.”

“Moms already have enough going on emotionally after having a baby, making someone feel bad for choosing formula over nursing shouldn’t be added to the stress.” 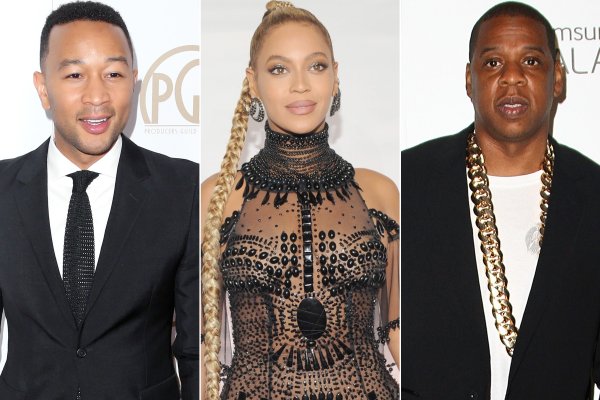 John Legend Had the Cutest Reaction to Beyoncé's Pregnancy News
Next Up: Editor's Pick