On Monday night, Jimmy Kimmel hosted La La Land star Emma Stone on his show. But instead of letting the Oscar nominee bask in her awards season glory, he decided the time was ripe to embarrass her by replaying an awkward moment between her and director Damien Chazelle that occurred recently at the Golden Globes.

In the clip, Chazelle had just been announced as an award winner. Stone immediately went to give him a hug—but Chazelle instead responded to the affections of his date for the evening, leaving Stone out in the cold.

“Damien certainly wants to hug not me,” Stone narrated drily for Kimmel, enduring the agony of watching her own moment of inelegance replayed once more for audiences nationwide (and then again in slow motion). When Kimmel suggested she should be better at choreography, given the tricky little dance numbers she and Ryan Gosling performed with casual aplomb in the film, she shrugged it off.

“I’m not a highly choreographed person, in general,” she admitted. Watch her describe the scene, above. 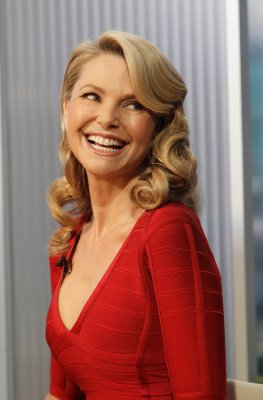 Christie Brinkley Is Back in Her Swimsuit for Sports Illustrated
Next Up: Editor's Pick