Scarlett Johansson, the highest-grossing actress of all time, has found herself in the center of a controversy with her new role in Ghost in the Shell, a coming remake of a classic Japanese anime film. Now, she’s speaking out about being accused of “whitewashing” for taking on the role of an Asian character.

“I certainly would never presume to play another race of a person. Diversity is important in Hollywood, and I would never want to feel like I was playing a character that was offensive,” Johansson told Marie Claire for its March cover story. “Also, having a franchise with a female protagonist driving it is such a rare opportunity. Certainly, I feel the enormous pressure of that — the weight of such a big property on my shoulders.”

She also revisited the topic of the wage gap, something she has previously been hesitant to discuss. “Some people felt I should talk about my personal struggle in order to shed a spotlight on the greater issue,” Johansson said. “Maybe I’m being presumptuous, but I assumed it was obvious that women in all positions struggle for equality. It’s always an uphill battle and fight.”

But she does think that celebrities should speak up about the causes they believe in. “It is really important to hear people in various positions of power voice their opinions, their story,” she said. “Why can’t I use my platform? What’s the point of having it if you don’t use it? If you don’t want to get involved, please, the noise is loud enough. But if you’ve got something to say, say it.” 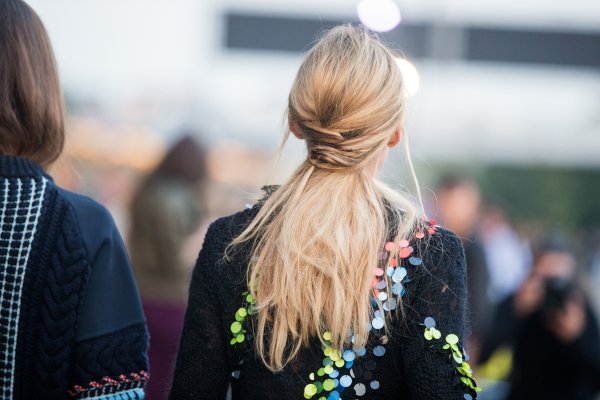 How to Prevent Your Hair From Turning Brassy
Next Up: Editor's Pick