Hillary Clinton delivered a feminist message late Monday in a video released for the launch of this year’s MAKERS Conference, an annual summit that brings together a broad range of women who are leading their fields.

In her first public remarks since the inauguration of President Donald Trump, against whom she fought one of the most fractious presidential campaigns in U.S. history, the former Democratic candidate, Secretary of State and First Lady had a few words of inspiration for other women.

“Despite all the challenges we face, I remain convinced that yes, the future is female,” Clinton said, remarking on the powerful message sent by the Women’s Marches held around the globe on Jan. 21. “Now more than ever, we need to stay focused on the theme of this year’s conference: be bold.”

The three-day MAKERS conference kicked off Monday and will feature of a host of high-profile speakers including actresses Deborah Messing and Octavia Spencer, feminist writer Gloria Steinem and Facebook COO Sheryl Sandberg. 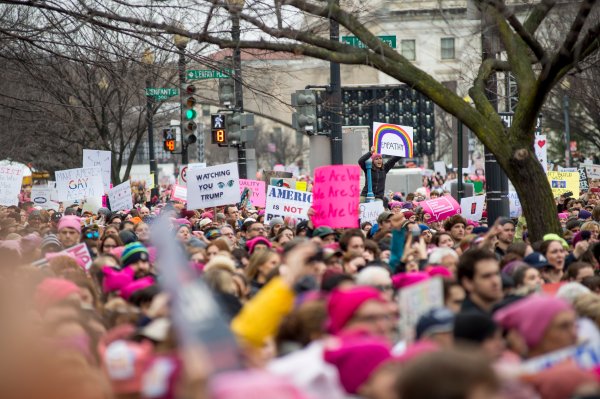 White Women Need to Check Their Privilege After the Women’s March
Next Up: Editor's Pick