The Secret Target of Yemen Raid Escaped and Is Now 'Taunting Trump,' a Report Says

Military and intelligence officials have reportedly said that a deadly Special Forces raid in Yemen last week was secretly targeting a senior al-Qaeda operative, who survived and is now taunting U.S. President Donald Trump in an audio message being shared online.

NBC News reports that several anonymous officials said the objective of the Jan. 29 mission was to capture or kill Qassim al-Rimi, the head of al-Qaeda in the Arab Peninsula and one of the world’s most wanted suspected terrorists.

An audio recording released on Sunday purportedly features al-Rimi’s voice referring to Trump, who authorized the raid, as the “fool of the White House” who “got slapped” early on in his role as Commander in Chief.

NBC is reporting that the audio clip was found to be authentic by sources in the military. The Associated Press reports that the audio has not been independently verified, but says that the voice on it is “similar to that of previous recordings by al-Rimi.”

The White House has staunchly defended the operation, despite claims that it did not go smoothly. Officials had been planning the raid since last year while former President Barack Obama was still in office, though the mission was ultimately given the green light by Trump just days into his new Administration.

The operation, carried out by a joint force of Navy SEALs and elite forces from the United Arab Emirates, resulted in a lengthy firefight during which air reinforcements had to be called in to ward off attacks on the ground troops.

One American commando, Chief Petty Officer William “Ryan” Owens of SEAL Team 6, was killed in the exchange, as well as an unknown number of civilians that included women and children. An 8-year-old girl — the daughter of Anwar al-Awlaki, who was killed by a 2011 U.S. airstrike — was also reportedly killed in the crossfire.

White House press secretary Sean Spicer told reporters last week that the mission was “a successful operation by all standards,” claiming that it resulted in valuable intelligence gathering that would save lives.

Officials cited by NBC News, however, claim that intelligence was not the primary goal of the raid, and that the prospect of capturing al-Rimi was a crucial factor in convincing U.S. leaders that it was worth taking known risks.

NBC cites an unnamed senior White House official, who reportedly had direct knowledge of the discussions, as saying that Defense Secretary Jim Mattis told Trump that taking out al-Rimi would be a “game changer” in the war against al-Qaeda.

According to NBC, it isn’t yet clear whether al-Rimi was tipped off to the raid, whether he simply wasn’t there, or whether he escaped from the Qaeda compound when the Special Forces arrived.

Earlier reports have suggested that the mission was anticipated, possibly by the sound of drones flying lower than usual near the site. 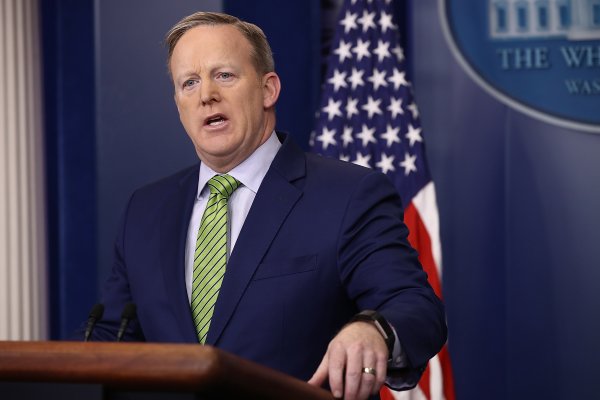