President Donald Trump claimed without evidence that the media “doesn’t want to report” on terrorist attacks while delivering remarks to members of the military at MacDill Air Force Base on Monday.

“It’s gotten to a point where it’s not even being reported,” he said, referring to terrorist attacks carried out in the last few years in the U.S. and Europe — all of which were covered by the press. “And in many cases, the very, very dishonest press doesn’t want to report it. They have their reasons and you understand that.”

Trump’s speech came a few hours after he attacked the media on Twitter, accusing the New York Times of writing “total fiction” about him, regarding recent reports about turmoil among his staff. He has repeatedly referred to news outlets like the Times and CNN as “fake news” and said on Monday that “any negative polls are fake news, just like the CNN, ABC, NBC polls in the election.”

The President also said the U.S. “strongly” supports the North Atlantic Treaty Organization (NATO). Trump repeatedly questioned whether the organization was a beneficial deal for Americans during his campaign, and threatened to pull out of the military alliance, calling it “obsolete.”

Correction: The original of this story misquoted Trump’s accusation against the New York Times. He accused it of writing “total fiction” about him, not “total fan fiction.” 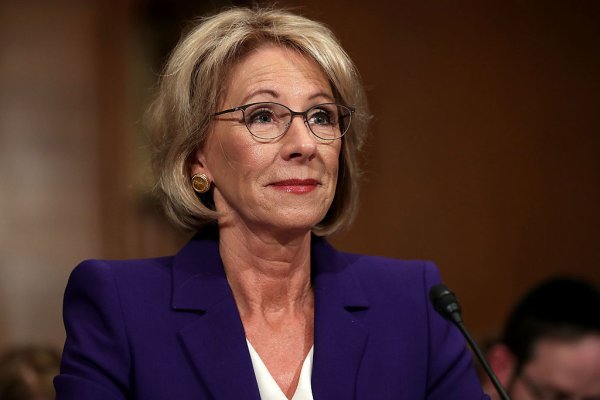