Performing slam poetry is not easy, and neither is laying out an entire retconned history of Boy Meets World in under four minutes. Somehow, though, Samuel L. Jackson managed to pull off both tasks with aplomb on last night’s Tonight Show.

Smoking an e-cigarette and dressed in muted tones, Jackson demonstrated his skills as a slam poet and his knowledge (or a Tonight Show writer’s knowledge) of 90s-era ABC sitcom Boy Meets World — a knowledge that surpassed many of the show’s die-hard fans. Most BMW fans are all too eager to accept the alternate reality that was force-fed to audiences in the show’s later seasons: that Cory and Topanga had been together forever. Truth is, Cory had always found Topanga (“daughter of hippies, name of a gypsy,” Jackson explains) rather odd until that fateful moment in the show’s first season — a seminal event that Jackson rightly chronicles: “For he tries to mock her / Until, shocker! A reluctant kiss by his locker.”

Jackson hits other key moments in the show’s history including Cory’s final temptation with Lauren at the ski lodge, Eric’s “Feeny” call and Feeny’s final, emotional farewell to his favorite students. Though this version is flawless, an hour-long rendition would be welcome — if only to hear Jackson utter the words “Plays With Squirrels” and describe that entire flash-forward.

In case you don’t want to hold your breath for that, there’s always the BMW spin-off Girl Meets World, which is set to premiere later this year on the Disney Channel. 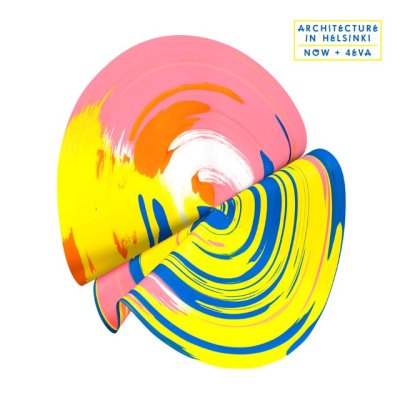 REVIEW: Architecture in Helsinki Makes No BFFs with Album NOW + 4EVA
Next Up: Editor's Pick