It's Raining Saharan Sand In The U.K.

The skyscrapers of the Canary Wharf business district in London are shrouded in smog, April 2, 2014.
Matt Dunham—AP
By Maddy Fry

Although Brits are used to unpleasant weather, Saharan sand is a new one.

Motorists in parts of England and Wales found their cars covered in a layer of fine red dust last weekend, The Daily Telegraph reports, which environmental experts say was blown over from the Sahara desert.

The government’s Department for Environment, Food and Rural Affairs said the pollution was caused by south-easterly winds meeting with a continental air flow containing dust and sand blown up by storms in the African desert. Those parts of the U.K. who have noticed the change in air quality will therefore experience abnormally high levels of pollution in the next few days.

Environmental experts warned on Wednesday that it will exceed the U.K. government’s official scale for measuring pollution, and that anyone with pervasive heart and lung problems should avoid intensive activity. When pollution reaches 7 or 8 on the scale older people, children with lung problems and those with asthma are warned not to exert themselves physically. However when it reaches 10, the highest point on the scale, the general population in the affected areas is told to “reduce physical exertion, particularly outdoors.”

Although the pollution is expected to reach very high levels on Wednesday, it is predicted to ebb away by Friday. 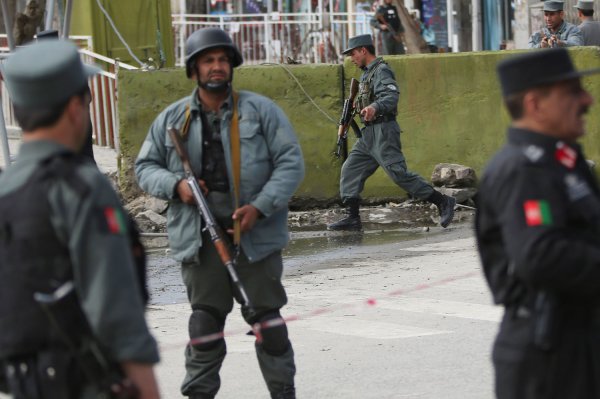 Kabul Blast Kills 6 as Taliban Aims to Disrupt Vote
Next Up: Editor's Pick