British lawmaker John Bercow, Speaker of the U.K.’s House of Commons has said he would oppose President Donald Trump addressing Parliament during his state visit.

The Speaker of the U.K.’s lower chamber said that he would not support the plan for Trump to speak in Westminster Hall due to the country’s opposition “to racism and to sexism” as well as support for “equality before the law” and “an independent judiciary”, The Guardian reports. Bercow was referencing the President’s controversial immigration restrictions and attacks on U.S. judges, as well as numerous allegations of sexism.

The comments are unprecedented as the British Speaker is supposed to be politically neutral. Unlike in the U.S. where the House Speaker is typically a party leader, the British role focuses more on chairing Parliamentary debates and keeping order.

Theresa May, the British Prime Minister is thought to be eager to pursue a U.K.-U.S. trade deal. Bercow is however one of the three key figures who would decide on whether the President makes a speech in Westminster Hall, which he said was “an earned honor.” 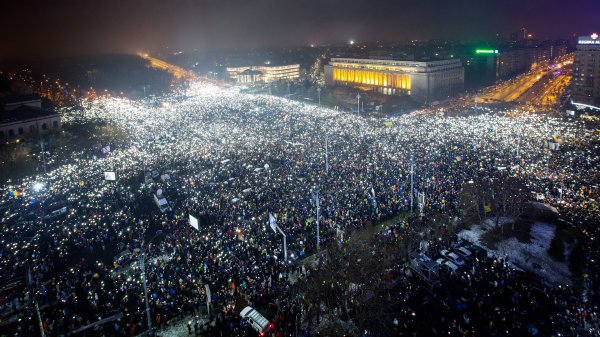 What Half a Million Romanians Are Protesting About
Next Up: Editor's Pick