In a Saturday Night Live skit over the weekend, McCarthy pretended to be Spicer during a White House press briefing, portraying him as an angry, gum-chewing spokesman who bullies reporters.

Spicer responded to the skit during the Super Bowl on Sunday. He told Extra that he thought it was a “really funny show,” but McCarthy could “dial it back” a bit, adding that “she needs to slow down on the gum chewing; way too many pieces in there.”

Spicer first heard about the skit on Sunday morning, according to Extra, and was bombarded with text messages — so much so that he thought there was a “national emergency,” Extra reports.

As for Alec Baldwin’s portrayal of President Trump, Spicer had a more serious response.

“Alec has gone from funny to mean, and that’s unfortunate. SNL used to be really funny. There’s a streak of meanness now that they’ve crossed over to mean,” Spicer told Extra.

Trump has repeatedly called out Baldwin’s portrayal of him. In mid-January, the President tweeted that Saturday Night Live is the “worst of NBC.” 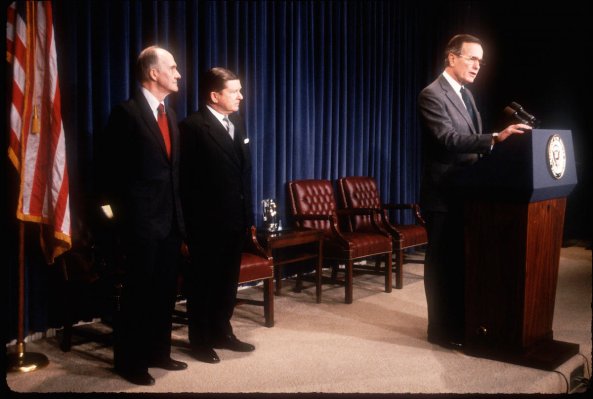 This Is What Happened Last Time a Cabinet Nomination Was Rejected
Next Up: Editor's Pick