President Donald Trump said in an early-morning tweet that any polls that showed Americans were not in favor of his travel ban for seven majority-Muslim countries were “fake news.”

President Trump is an avid consumer of news, though he often uses his powerful Twitter platform to attack the news media. The president referenced the campaign in his Monday morning tweet because polling and pundits predicted the election would be an easy victory for Trump’s opponent, Hillary Clinton. That’s clearly not what happened.

Trump’s Monday tweet focuses on polling around his controversial executive order that temporarily bars refugees from resettling in the U.S. and blocks travel from seven countries, including Iraq, Iran and Syria. Recent polling on the order has shown that the majority of Americans have a negative view of the president’s ban.

On Twitter, Trump is not backing down. In a follow-up tweet on Monday, Trump said the “fake news media” spreads “lies” in order to sow divisions.

“I call my own shots, largely based on an accumulation of data, and everyone knows it,” Trump tweeted. “Some FAKE NEWS media, in order to marginalize, lies!” 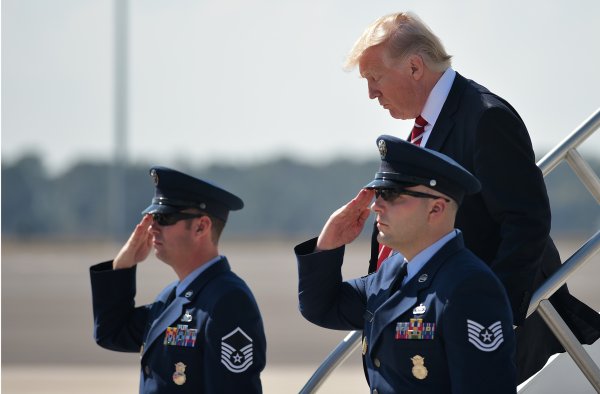