Everything to Know About Romania's Anti-Corruption Protests

Over the past week, Romania has seen the largest protests since the fall of communism in 1989— when former dictator Nicolae Ceausescu was toppled — over a hastily-imposed decree that would have weakened penalties to corruption. Despite the government agreeing to scrap the contentious decree, an estimated half a million Romanians continued to protest across the country on Sunday. Here’s why:

What were the protests about?
The country’s ruling coalition made a decree — or executive order — on Jan. 31 to decriminalize abuse in office by officials, if the sums involved were less than around $48,500. Ordered without any input from parliament, the decree would have stopped all investigations for pending corruption offenses, freed officials imprisoned for corruption, and blocked further investigations related to those offenses from being brought to justice.

The coalition government, led by Prime Minister Sorin Grindeanu of the left-wing Social Democratic Party (PSD), argued that these changes were needed to align some laws with the constitution and reduce prison overcrowding. But critics see the decree as an attempt to allow allies of Grindeanu caught in the country’s anti-corruption efforts to escape censure.

Among those who stood to benefit from the decree is president of the PSD, Liviu Dragnea. He is blocked from becoming prime minister due to corruption charges he is currently facing over defrauding the state of around $26,000, BBC reports. The order might have allowed him to stand as the country’s leader.

A general view of the massive protest at Victory Square in Bucharest on Feb. 5, 2017.
Dan Balanescu—EPA

What did the international community think?
The decree received widespread condemnation. It was criticized by the E.U. commission, which warned Romania to not back-out from the fight against corruption. “The fight against corruption needs to be advanced, not undone,” Commission President Jean-Claude Juncker and Vice President Frans Timmermans said in a statement on Feb. 1. “We are following the latest developments in Romania with great concern.” Embassies of the U.S., Canada, Germany, Belgium, and the Netherlands issued a joint statement echoing the commission’s sentiments.

Did the protests work?
Yes, for now. After six nights of protests in cities across the country, the coalition withdrew the controversial executive order on Sunday as it became clear that they lacked the mandate to implement the law. But the new rescinding order risks being rejected in parliament, where the ruling PSD and its junior coalition partner have a strong majority.

Did the protests end after the order was withdrawn?
No. Protestors continued to demonstrate to send a message to the government to refrain from retreating against the country’s fight against corruption. Some protestors told the New York Times that they wanted to see ministerial resignations or the entire government felled.

According to the Guardian, the government is still planning to free around 2,500 prisoners serving sentences of less than five years, through a different decree that is due to be reviewed by parliament. On Sunday, PSD’s Dragnea accused shadowy forces for starting the protests:

“The organization of these protests and their scale show that this is a political gathering. Who is organizing this? Hard to say but I hope that the state institutions have this information,” he said. “I reproach myself for not having understood that this is a much better organized plan than a simple spontaneous movement,” he told a local channel, the Guardian reports.

A young man who climbed atop a pedestal waves a Romanian national flag during an antigovernment protest in Bucharest on Feb. 6, 2017.
Robert Ghement—EPA

Is corruption a serious problem in Romania?
The country was known as being one of the most corrupt-riddled countries in Europe when it was admitted into the E.U. in 2007. That has changed over the years. Between 2014 and 2016, around 2,000 people were convicted for abuse of power. This included Adrian Nastase, a former prime minister, as well five ministers, 16 parliamentarians and five senators who were put on trial, the Guardian reports.

Credit has been given to the Romania’s National Anticorruption Directorate anti-corruption authority, the DNA, that led to court cases involving 777 indicted defendants, including judges, parliamentarians and ministers, in the first eight months of 2016, the Financial Times reports. The PSD have argued that the DNA is politically biased, indicting more of their officials than any other party. Opposition parties have countered that claim, saying the PSD has a worse corruption record.

The DNA has also been accused of being overzealous with its investigations, with a recent Henry Jackson Society report suggesting that the successor to the feared communist-era secret police plays a huge yet undisclosed role in anti-corruption prosecutions. But as the FT argues, “decriminalizing an important class of offenses are not the way to achieve this.” 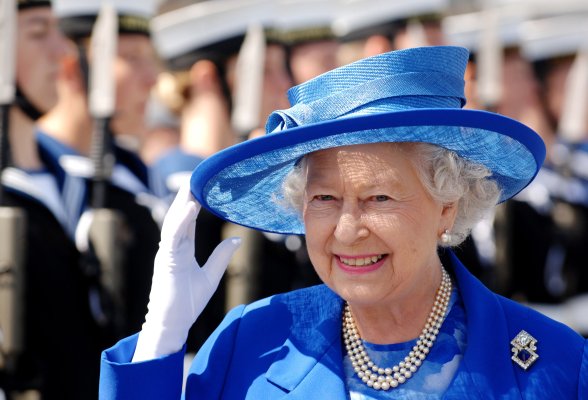