The protest also followed speculation this week that Trump would sign an executive order rolling back LGBT protections. Instead, on Monday, Trump said he would leave in place workplace protections for LGBT people that were instituted under former President Barack Obama. 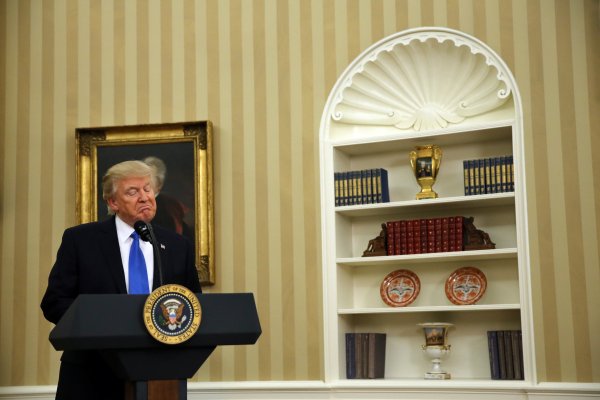 Trump's Approval Rating Is Historically Low
Next Up: Editor's Pick