President Donald Trump gestures toward members of the media as he walks out of the White House to board Marine One in Washington, D.C., on Feb. 3, 2017.
Andrew Harrer—Bloomberg/Getty Images
By Katie Reilly

“If left in place, the order threatens both American higher education and the defining principles of our country,” they wrote in the letter, which was signed by the presidents of 48 colleges and universities, including all eight Ivy League schools, Stanford, Georgetown and Tufts.

The order drew immediate global backlash. Some universities spoke out against the ban, as students or professors became stranded while traveling abroad, unable to return to the U.S. because of the order. In the long run, the order could also have a negative financial impact on universities.

“We welcome outstanding Muslim students and scholars from the United States and abroad, including the many who come from the seven affected countries,” the letter said. “Their vibrant contributions to our institutions and our country exemplify the value of the religious diversity that has been a hallmark of American freedom since this country’s founding.” 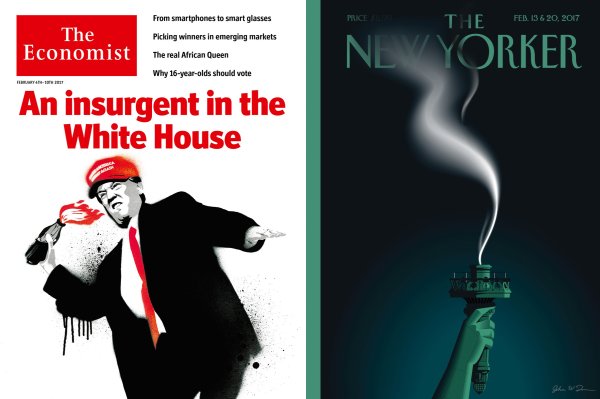