Iowa Is Close to Cutting Medicaid Funding for Planned Parenthood

Signage is displayed outside a Planned Parenthood office in Peoria, Illinois, U.S., on Friday, Dec. 16, 2016. Republicans are thinking ahead to regulations Obama might still try to complete before he leaves office, including a pending rule barring states from blocking funds to Planned Parenthood. Photographer: Daniel Acker/Bloomberg via Getty Images
Bloomberg—Bloomberg via Getty Images
By Samantha Cooney

The Iowa Senate, which is controlled by Republicans, voted on Thursday to cut Medicaid funding to Planned Parenthood and other abortion providers, Reuters reported.

The bill would replace Iowa’s Medicaid family planning network waiver with a new family planning services plan run through the state, which would not provide funding to any organizations that perform or maintain facilities that perform abortions. Planned Parenthood, which is the state’s largest abortion provider, would lose funding if the legislation were to go into effect — even though the organization already can’t allocate federal funding to abortions. The bill needs to pass the Republican-controlled House and get the approval of Governor Terry Branstad, who said he supports the bill, according to Reuters.

“This change will allow Iowa to restrict government funding to family planning services away from organizations that perform abortions that are not medically necessary,” said State Senator Amy Sinclair, one of the bill’s sponsor, according to Reuters.

Planned Parenthood criticized the measure, saying it would hurt prevent the low-income Iowans. “This bill does nothing to advance their extremist agenda to limit access to abortion. Instead, it blocks access to crucial family planning services for thousands of Iowans – the very services that most effectively prevent abortion,” Planned Parenthood of the Heartland said in a statement, according to Reuters. “It’s a self-serving, misleading and dangerous political game.”

In December, Texas politicians said they were finalizing a plan to kick Planned Parenthood out of the state’s Medicaid program. And, House Speaker Paul Ryan said last month that Planned Parenthood would lose taxpayer money if the Republican party’s attempt to repeal the Affordable Care Act is successful. 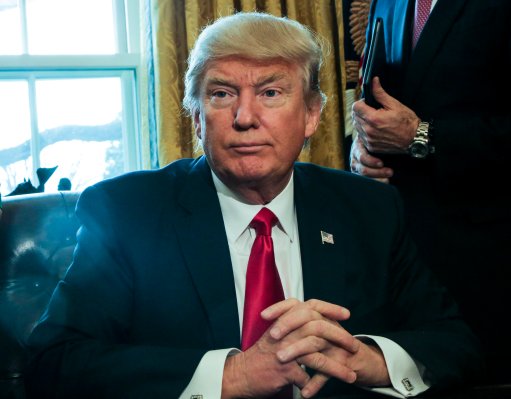 How President Trump Used Women to Justify His Travel Ban
Next Up: Editor's Pick