Let's Call 'Honor Killings' What They Are: Domestic Violence

Language matters. When someone from a minority faith or heritage is a victim of aggravated murder or domestic violence, the crime is often described as one carried out in the name of family “honor.”

In reality, it can only be explained as a means of self-justification for the perpetrator. It diminishes the victim and provides the perpetrator with a convenient excuse for actions that in should simply be described as murder, rape, abuse and enslavement.

Even more than that, the term assumes that violence, and violence against women in particular, is culturally sensitive — a sensitivity that allows the perpetrator to further coerce the victim against seeking help and intimidates the agencies of the state against pursuing and prosecuting these violent crimes.

The principle of treating every victim with dignity, and of law-enforcement agencies responding to every crime with equal vigor, is at stake when a separate set of cultural norms and practices are accepted for some victims of domestic violence. In Britain there is one law, and it applies to everyone regardless of their heritage or faith.

The U.K. is a proud leader in tackling violence against women and girls, at home and overseas — female genital mutilation, forced marriage and coercion have all been responded to with laws and protections in place against them. The landmark Modern Slavery Act, introduced by our current Prime Minister, Theresa May, when she was Home Secretary, has led the way in addressing trafficking and abuse on a national and international level.

But we must do more, so I have begun an attempt to change the law in the U.K. by banning the term honor from official publications. India and Pakistan have each recorded rates of so-called honor killings of around 1,000 per year, but even in Britain between 2010 and 2015 there were 11,000 incidents of crime recorded where the term honor was applied.

In many of these cases the police and other agencies, including prosecuting authorities, have been reluctant to tackle domestic violence in minority communities for fear of being accused of racism or of provoking community unrest. Indeed, the central prosecuting authority has acknowledged that it needs to improve its “understanding, response and support to victims.”

In some cases the victims themselves do not know that a crime has been committed, for example that in the U.K. it is illegal to rape within marriage. Sarbjit Kaur Athwal was one such victim, abused throughout her marriage and treated as a domestic servant. Athwal was terrorized, and told that the honor of her family was at stake if she complained.

When she did sum up the courage, an incredibly brave step to take, she called the police. She risked her life in reaching out, but after statements were taken, she was returned home to her abusers because it was just “a cultural misunderstanding.” Shockingly, the evidence of her abusers was believed over hers. She now runs a charity called True Honour, which supports other victims.

It is impossible to deal with the early signs of abuse if we encourage the idea that “honor” is an excuse for it. Victims must know, without doubt or discouragement, that when they are abused, raped or coerced within a domestic setting it is a crime as much as any other instance of abuse, rape or coercion.

Some perpetrators seek to avoid the reach of British law overseas, so my bill would also push for the extension of extraterritorial jurisdiction for the investigation and prosecution of crimes to domestic violence. It would end the near impunity enjoyed by the perpetrators of domestic violence and rape, who often, with the complicity of foreign states, seek to escape justice by taking woman abroad to continue committing their crimes.

And that is why language matters — where it can get in the way of a victim seeking justice, or the authorities pursuing it, it must be changed. The words we use and the actions we take must reflect the values we hold dear. 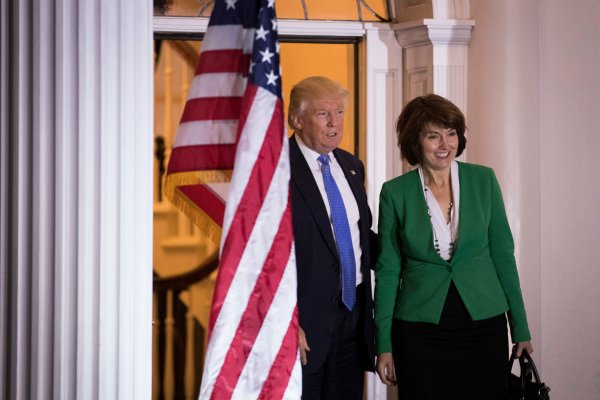 Why Bridging the Political Divide Is More Important Than Ever
Next Up: Editor's Pick