Though President Donald Trump has named his nominee for the open seat on the Supreme Court — Neil Gorsuch, 10th circuit appellate court judge from Colorado — some Democrats are saying they plan to filibuster the nomination. This week, for example, Sen. Chuck Schumer (writing in Politico) and Sen. Bernie Sanders (speaking on CNN) both said that Gorsuch will have to muster 60 votes in order to be confirmed — in other words, that he will need to be filibuster-proof.

Whether as a type of payback for Republicans’ refusal to approve president Obama’s pick, Merrick Garland, or because they have concerns regarding Gorsuch’s ideological and legal background, if Senate Democrats follow through on that threat it would be, by some counts, only the second-ever SCOTUS nominee filibuster.

That’s not to say that nobody has ever come close. According to a report from the Congressional Research Service, cloture was attempted (basically, the supporters of the nomination tried to prove that they had enough votes that a filibuster wouldn’t work) four times on Supreme Court nominations, from when the rules changed in 1949 until 2013. It happened against William H. Rehnquist twice (in 1971 and again in 1986) and against Samuel Alito — a move that was supported by then-senator Barack Obama — in 2006. Though the attempt at cloture was rejected in 1971, Rehnquist was confirmed anyway and lawmakers at the time denied a filibuster had happened; in the two other cases, cloture was successfully invoked and prevented a filibuster.

That means the Senate has only successfully filibustered a SCOTUS nominee once, when President Lyndon B. Johnson nominated Abe Fortas to be Chief Justice in 1968.

Surprisingly, Fortas holds this dubious distinction despite already sitting on the Supreme Court at the time the filibuster took place.

A Memphis native, Fortas became a professor at Yale Law School before climbing the ranks in Washington. He served on the Securities and Exchange Commission, then served under presidents Roosevelt and Truman, later taking up private practice in Washington, D.C.

A longtime friend of President Johnson’s, Fortas was appointed to sit on the Supreme Court as an Associate Justice in 1965 when Arthur Goldberg left his post to become a U.S. ambassador the U.N., at the president’s request. During his time on the Supreme Court leading up to his Chief Justice nomination, Fortas began creating a legacy based largely on supporting civil rights and expanding legal rights for youth. For example, Fortas wrote the majority decision on Kent v. United States in 1966, granting expanded legal rights to minors, and upheld the Voting Rights Act of 1965.

However, Fortas’ next presidential promotion would not be so fortuitous for Fortas or Johnson.

When Chief Justice Earl Warren announced his retirement in 1968, Johnson quickly moved to put Fortas in the court’s top spot. In fact, Johnson had persuaded Warren to leave the Court so that he would have the opportunity to put a new Chief Justice on the Court before Nixon took office. Though Fortas was already serving on the Supreme Court, the Constitution still requires Chief Justice nominees to be screened by the Senate Judiciary Committee.

A solidly liberal Justice with Washington experience and close ties to the White House, Fortas seemed like the natural appointment for Johnson to make. But the President and members of the Senate were not yet aware that Fortas had some ethical skeletons hiding in his closet.

During the confirmation process it came to light that money Fortas had received for teaching engagements at the Washington College of Law, a sum of $15,000, did not come from the school, but was instead funded by private corporations. Republicans were already less than enthusiastic about Fortas given his liberal tendencies regarding civil rights. They also took issue with his proximity to the President. All of this on top of the knowledge of potential conflicts of interest with private companies was all the Republicans, who were a minority in the senate, needed to resist Fortas by the most dramatic means available: filibuster.

For the first time ever, Senators blocked a SCOTUS appointment by filibuster. (Though there has been some debate over whether the rejection constituted a full filibuster, historians and contemporary observers generally agree that it was.) The vote to end the debate over his nomination did not end in Fortas’ favor, with only 45 voting yes, 14 votes short of the 59 that were needed. Johnson’s plan had backfired terribly, and he was forced to withdraw Fortas’ nomination on October 2. The Republicans were victorious, which enabled Nixon to name conservative Warren Burger to the Court after taking office in 1969.

It should be noted that Burger’s appointment wasn’t a complete disaster for progressives — Burger voted in favor of abortion rights in Roe v. Wade in 1973, and in Swann v. Charlotte-Mecklenburg Board of Education in 1971 Burger voted with the rest of the Court to maintain that busing was an appropriate method for integrating schools.

As for Fortas, he remained an Associate Justice until he was forced to resign from the Court in 1969 with the threat of impeachment looming over him. After the Chief Justice nomination debacle, Financial disclosures revealed that Fortas had accepted $20,000 in fees from a foundation controlled by his former client, Louis Wolfson, who was under federal investigation at the time the payment was made. He became the first Justice to resign from the Court due to public outcry.

The financial scandals in which Fortas was involved largely overshadowed what the New York Times described as “a long and brilliantly successful legal career” in Fortas’ 1982 obituary. Indeed, Fortas’ career was irreparably marred in court of public opinion by two unfortunate firsts for the Supreme Court: first, the senate filibuster, and later, the circumstances of his resignation. And yet much of his legal legacy stand to this day — as, for now, does his status as the only Supreme Court nominee to be blocked by a filibuster. 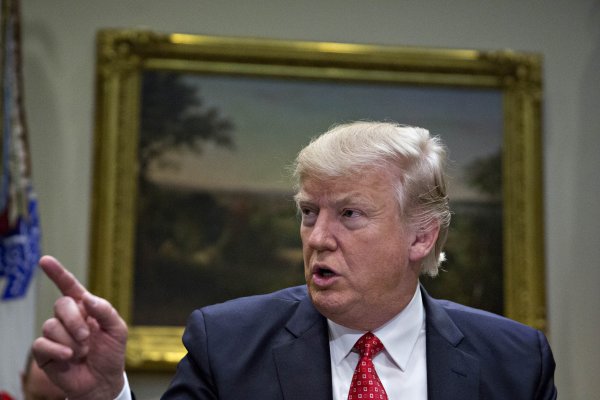 What to Know About the 3 Judges Ruling on President Trump's Immigration Order
Next Up: Editor's Pick