President Donald Trump fired off a series of tweets Friday morning accusing “professional anarchists” of being behind recent protests, as well as lashing out at the media and Arnold Schwarzenegger.

“Professional anarchists, thugs and paid protesters are proving the point of the millions of people who voted to MAKE AMERICA GREAT AGAIN!” Trump tweeted before 7 a.m. ET Friday. He may have been referring to the recent protests that roiled the University of California at Berkeley, forcing the school to cancel an appearance by controversial Breitbart News editor Milo Yiannopoulos. Or he may have been referring to a separate incident that occurred Thursday at New York University, in which 11 people were arrested for protesting the appearance of a conservative comedian at the school.

The president also accused journalists of misrepresenting his call over the weekend with Australian Prime Minister Malcolm Turnbull. The Washington Post reported it was a contentious conversation between two world leaders who should be close allies, as Trump reportedly threatened to walk away from a refugee agreement. Turnbull declined to divulge details of the conversation Thursday, but said, “The alliance is absolutely rock solid.”

“Thank you to Prime Minister of Australia for telling the truth about our very civil conversation that FAKE NEWS media lied about,” Trump tweeted. “Very nice!”

Arnold Schwarzenegger, the host of the newest version of The Apprentice, was also a target of the President’s early-morning tweets. On Thursday, Trump continued a spat with the former California governor when he joked at the National Prayer Breakfast about praying for the show’s ratings under Schwarzenegger. Schwarzenegger fired back on Twitter: “You take over TV, because you’re such an expert in ratings, and I take over your job,” he said in a short video. “Then people can finally sleep comfortably again.”

Trump kept the fight going another day, tweeting, “Yes, Arnold Schwarzenegger did a really bad job as Governor of California and even worse on the Apprentice…but at least he tried hard!” 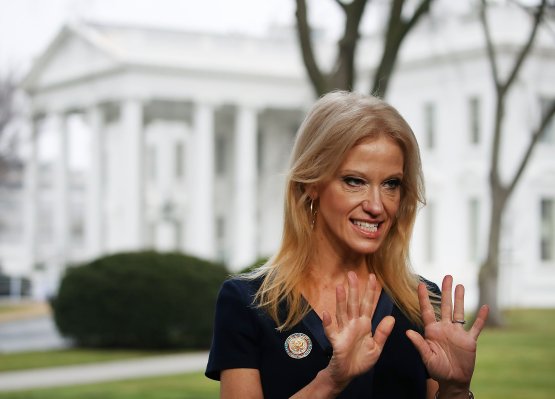