Doctors Who Trained Abroad Are Better at Their Jobs, Study Says

Nearly a quarter of doctors practicing in the United States did their medical training in another country—a fact many patients seem to hold against them.

Prior studies have shown that people view doctors who trained outside of their home country less favorably than the homegrown kind. But a new study published in The BMJ finds that reputation is far from warranted: Foreign-trained physicians practicing in the U.S. had slightly better patient survival rates than their American-trained colleagues.

“Some patients are concerned about the quality of care from foreign-medical graduates,” says Dr. Yusuke Tsugawa, research associate at the department of health policy and management at Harvard T.H. Chan School of Public Health, who led the study. “That is, I think, unfair without looking exactly at whether their performance is as good as the U.S. medical graduates.”

Tsugawa and his team—who also recently found that patients cared for by female physicians had better outcomes than those of male doctors—looked at more than one million hospital admissions made by adults aged 65 on Medicare between 2011 and 2014, as well as where their physicians had trained. They adjusted for several characteristics of doctors and patients that could skew the results, like a patient’s race and diagnosis, and then compared the two categories of doctors within the same hospital and across different hospitals.

That difference may sound small, but the authors point out that if the care were equal, one person’s life would be saved out of every 250 patients.

The authors also found no difference in readmission rates between the two groups, and that foreign-trained doctors had a somewhat higher cost of care—about $47 per admission, suggesting a slightly higher intensity of care.

“We’re setting a really high bar for foreign trained doctors to come to the U.S. to practice,” Tsugawa says. “They have to pass three exams, which cost more than $3,000.” Foreign medical school graduates have about a 50% chance of matching into a residency program in the U.S., while graduates of American medical schools match at a rate north of 90%. And in most cases, international students have to do their residency again in the U.S., meaning that the foreign-trained doctors who eventually practice in the U.S. are among the best trained and most competitive, Tsugawa says.

Foreign-trained doctors are also more likely to serve rural and under-staffed parts of the country, “places not many U.S. medical graduates want to go and practice,” he says. According to the findings of the study, international doctors also tend to care for patients with more chronic conditions.

“What we found was that they are providing high-quality care and bringing value to the U.S. healthcare system,” says Tsugawa, who hopes that medical school graduates from countries outside of the U.S. will continue to practice in America. “If we’re turning away high-quality doctors from outside the U.S.,” he says, “maybe we are compromising the quality of care.” 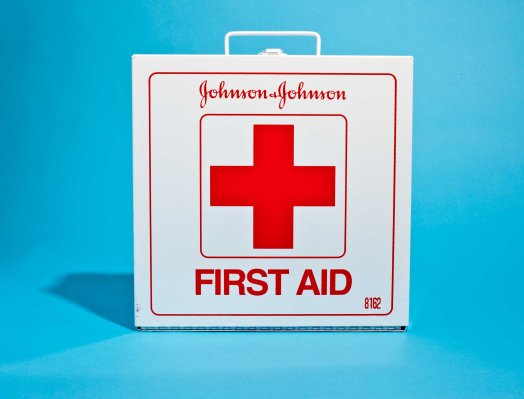 The Scary Reason Healthy People Die After an ER Visit
Next Up: Editor's Pick