Texas’s governor blocked funding this week to Travis County — home to Austin — over the county’s refusal to cooperate with federal authorities on detaining undocumented immigrants.

Republican Governor Greg Abbott withheld $1.5 million in grant money on Wednesday after Travis County Sheriff Sally Hernandez said the county’s jails would not abide by federal immigration orders in most cases. Elected in November, Hernandez has ordered her deputies not to ask those in custody about their immigration status and would only go along with federal orders in cases involving homicide, human trafficking and aggravated sexual assault.

“I am following all state and federal laws, and upholding constitutional rights to due process for all in our criminal justice system,” Hernandez said in a statement. “Our community is safer when people can report crimes without fear of deportation.”

The move comes as the governor is cracking down on “sanctuary cities” throughout Texas, in which local authorities refuse to inquire about a person’s immigration status or hold undocumented workers even after being asked to do so by federal officials. In his first week in office, President Donald Trump signed an executive order to begin the process of potentially denying funds to those cities.

According to the Associated Press, that $1.5 million would have gone to crime-victim services and other programs. 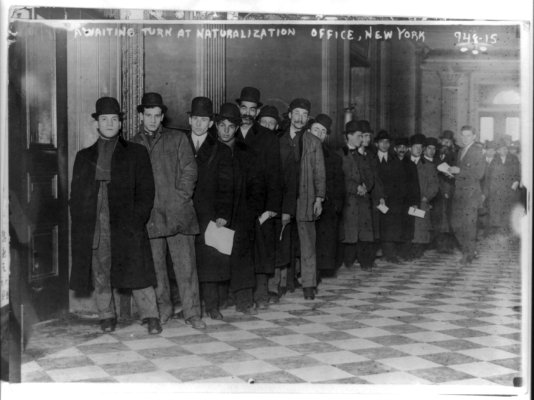 Congress Tightened Immigration Laws 100 Years Ago. Here’s Who They Turned Away
Next Up: Editor's Pick