There’s a new elementary school champion: he has a customized secret handshake routine for every one of his students. (Parent Trap, eat your heart out.)

The special routine of high-energy fifth grade teacher Barry White, Jr. is going viral this week, as social media has picked up on the video of him greeting his students at the start of the day. The long line of kids snakes down the hall at Ashley Park PreK-8 School in Charlotte, North Carolina, and White, Jr. manages to do a distinct choreographed handshake with each. Whether it’s fist bumps, shimmies, spins, dabs, or a combination of all the above, every shake has its own style—and the kids clearly love it. He also runs the school’s step team and coaches boys’ basketball, which might in part explain his talent at the handshakes.

“It’s muscle memory at this point,” he told ABC News. “I do it so much with them.” It started with just a few students, he said, but then he “saw how much it meant to them.”

He was inspired to make this a part of classroom life thanks to Lebron James, he said; he noticed James has a different greeting for each member of the Cavaliers.

Watch him greet his students, below:

And here’s him working on the step and basketball teams: 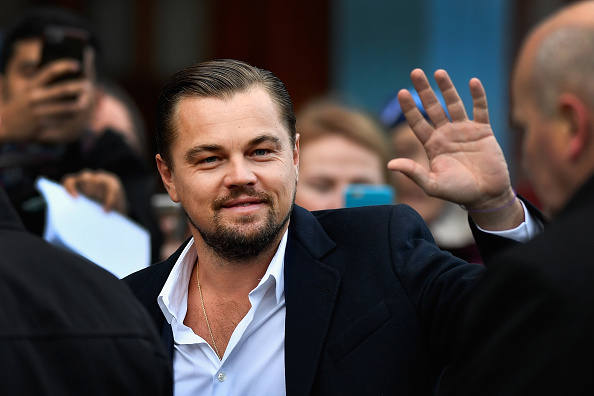 Leonardo DiCaprio Getting His Meat Seasoned by the 'Salt Bae' Chef Is the Only Thing You Need to See Today
Next Up: Editor's Pick