A security official investigates the aftermath of a fire at the Victoria Islamic Center mosque in Victoria, Texas, on Jan. 29, 2017.
Mohammad Khursheed—Reuters
By Madeline Farber

After a mosque in the small town of Victoria, Texas, burned to the ground last weekend, the local Jewish and Christian communities there have come together to help those affected.

Members of the B’Nai Israel temple gave the keys to their synagogue to the Muslim community so they would have a place to worship, USA Today reports, and four churches in the town also offered space for the mosque’s Muslim congregation to hold services, according to NPR.

“Jewish community members walked into my home and gave me a key to the synagogue,” Dr. Shahid Hashmi, a co-founder of the Victoria Islamic Center, told the New York Times.

“We were very happy to do this,” Melvin Lack, treasurer of Congregation B’Nai Israel told USA Today. “You feel what’s happening in the community and everyone reacts.”

The fire occurred just hours after President Donald Trump announced the controversial executive order that bans immigrants from seven Muslim-majority countries, according to USA Today. However, the cause of the incident hasn’t been determined yet, and authorities there are still investigating.

“We are praying that it is an accident because the thought of actually somebody doing something terrible like that is beyond imagination,” said Abe Ajrami, a member of the mosque, according to the Advocate.

Children from the local Catholic school in Victoria also visited the mosque on Wednesday, forming what the Islamic Center called a “human chain of love and peace,” according to a Facebook post. The students also presented the Muslim community with a tree.

“The tree will be planted in the grounds of our new mosque & prominently displayed to remind us of this beautiful moment,” the post reads. “This is the spirit of love where the cross hugs the crescent.”

In addition, the Islamic Center also received financial support: a GoFundMe page has raised more than $1 million for reconstruction, according to USA Today. By Monday, the day after the page was created, the campaign was already close to hitting its target of $850,000. 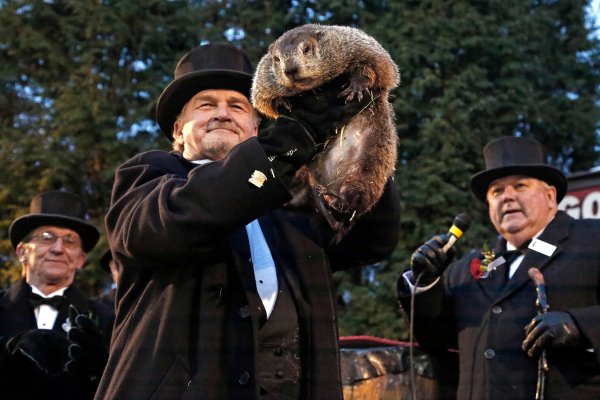