Even with an oversize baseball cap low on his head, the teenage boy’s grueling trek from his country of Eritrea to the French capital can be seen in his bloodshot eyes. “I left my home more than four months ago,” says Makbel, 16, standing on a street in northern Paris after midnight on Jan. 28. Having journeyed through Sudan, Libya, across the Mediterranean to Italy and finally to France, the boy carried his few possessions in a small bag, with some donated bedding to help him sleep outdoors in near freezing temperatures. “My mother and father are dead. My brother is in London,” says Makbel, who did not want to give his last name for fear of being deported back to a home country where youth vanish into military conscription for decades. “The government wants us for war. There is no work, no study, no life,” he says. “The situation is very, very bad.”

Makbel is not alone in his misery. These days, the streets of Paris—like others across Europe—abound with refugees sleeping rough through yet another bitter winter. In cities from Berlin to Belgrade, it is a depressing tableau of the world’s conflicts thousands of miles away. While the migrant flow has eased this winter, those already on the continent are not going anywhere, and neither are the arguments over how to resolve it. Through summit after summit, E.U. leaders have remained at loggerheads over how to share the responsibility of resettling about 1.3 million people who have crossed the Mediterranean illegally since the numbers began soaring in 2015. The leaders were due to meet again in Malta on Feb. 3, as TIME went to press, to try to resolve the issue. But few expected success. German Chancellor Angela Merkel, whose country has taken in by far the greatest number of refugees, said in her weekly podcast, “I would not spread too much optimism.”

These E.U. leaders are meeting as President Donald Trump’s temporary entry ban to the U.S. on citizens of seven Muslim-majority countries and his indefinite block on resettling Syrian refugees continue to cause outrage here and across the world. “When he refuses the arrival of refugees, while Europe has done its duty, we have to respond,” French President François Hollande told reporters bluntly after Trump’s order. “Withdrawal into oneself is a dead-end response.” Yet despite the outrage over Trump, several E.U. politicians are themselves wary of their own countries’ ­nationalist and populist movements, which have rocketed in popularity over the past year, in large part by pushing for harsh new limits on immigration. The battle is especially pronounced in France, where the deeply unpopular Hollande opted not to stand for a second term in this year’s presidential contest, and a fiercely anti-immigration leader could replace him. The far-right National Front leader Marine Le Pen—a strong Trump fan who sees his victory as a precursor to her own—could win the most votes in the French presidential election in the first round, according to the polls, and has a possible shot at the presidency in the decisive second round on May 7.

Trump’s order has now thrust the battle over the migrant crisis to the center of France’s presidential race. With many French already struggling economically, and jittery over a continual flow of new immigrants, the U.S. political battle seems highly resonant, and presidential candidates have rushed to state which side they are on. Le Pen, who has proposed closing the E.U.’s open borders, tweeted after Trump’s order that what truly bothered people was that the U.S. President “respects his [campaign] commitments.” Other candidates were appalled, however. “I stand with people fleeing war and persecution,” tweeted the center-left independent Emmanuel Macron on Jan. 29, with the hashtag #NoBanNoWall. That same afternoon, the center-right candidate François Fillon said at a Paris rally that the government should compel migrants who want to stay in France to absorb the culture. “Immigration without integration, without assimilation, must be stopped,” he said. Yet he hastened to set himself apart from Trump. “The Americans are our allies and friends, but France is nobody’s vassal,” he said.

The fierce arguments continue out of earshot of migrants like Makbel, who are living rough in France’s capital. Here, many seem unaware that there is a presidential campaign under way at all. Most struggle to comprehend why it has been so difficult to find sanctuary. “I think I have been in 14 countries,” says Awate Tesfamichael, 26, an Eritrean whose travels brought him to Europe in December 2015. Tesfamichael registered as a refugee in Romania, effectively cutting off options to claim asylum elsewhere, including in Australia, where his father and brother have resettled. Like Makbel and hundreds of others, Tesfamichael now has one goal in mind: to make it to Britain, where he speaks the language and where he knows other Eritrean refugees. “All I want is to go to England.”

That option seems increasingly unlikely, not least because of Britain’s intense reluctance to absorb them; the migrant crisis was one key driver of the Brexit vote last June, and just like the U.S., Britain is seeking to tighten controls over its borders. Until October, refugees wanting to enter the U.K. converged at the Calais Jungle, a sprawling tent camp in the French port city. The most desperate among them attempted to sneak aboard trucks crossing the English Channel. But French officials shut down and cleared out the unofficial camp as its population grew to more than 6,000 people. They bused many of its residents to small towns across France, where they were housed in about 450 “welcome centers” in provincial towns. There, according to officials, they would determine each person’s claim to stay in France or go to Britain. So far, Britain has rejected most underage migrants from the Calais Jungle, according to the latest official figure, and in the High Court in London, lawyers have challenged the U.K. government’s decision to reject 36 teenage migrants, all of whom are stuck in migrant centers in France.

The failure of the strategy to distribute thousands of migrants from Calais across the country is clearly visible in the numbers now homeless in Paris. On Nov. 4, police dismantled a tent camp that sprung up along the freeway in northern Paris, evicting about 3,000 people. But hundreds, and at times thousands, of migrants have filtered back to the capital since then, many huddling at night under freeways, or in doorways. In addition, Paris officials have opened two temporary migrant shelters where they have housed about 4,500 people for about a week at a time. “There are divided opinions in France about how to welcome refugees,” Deputy Mayor Dominique Versini tells TIME. “Parisians totally believe in welcoming them. But we know that during the period of presidential elections, this question will be very divisive.” Much like New York, for example, Paris regards itself as a sanctuary city for illegal migrants and has largely accepted the 26,000 or so who have lived on its streets during the migrant crisis, Versini says. Yet there are obvious strains. The police, who represent the national government, regularly dismantle the migrants’ tents, confiscate blankets and move them on. “We cannot tell the police what to do,” Versini says.

Now, amid Paris’ gracious boulevards and neighborhoods are pockets that have become a kind of refugee camp on a wide, fragmented scale. During one night on the streets of Paris, TIME saw how the migrant population effectively carves up the streets by nationality. Makbel and about 10 other Eritrean youth are camped in the doorway of a church in Paris’ La Chapelle neighborhood. Across the street, about 10 Ethiopians lie curled in sleeping bags. A few blocks away, a disused underpass serves as temporary digs to about 30 Afghan men; a few sat huddled over a small fire at 2 a.m.

Makbel, who traveled alone from Eritrea, says that he and other teenage migrants were bused last October from Calais to a refugee center in Marseille, where he was told he could begin applying for asylum in Britain. But he quit the center in December and traveled north to Paris, after concluding he would never legally reach Britain that way. “People in the center told me England is impossible, and that I should stay in France,” he says. “But all I want is to be with my brother.” Sleeping alongside him, Kaled, also 16 and from Eritrea, says he too wants to join a brother in London. “I will not stay here in France,” he says. Yet to many like him, eking out an existence illegally on the streets seems for the moment safer than trying to decipher which political argument will win out—here, and across the Atlantic. 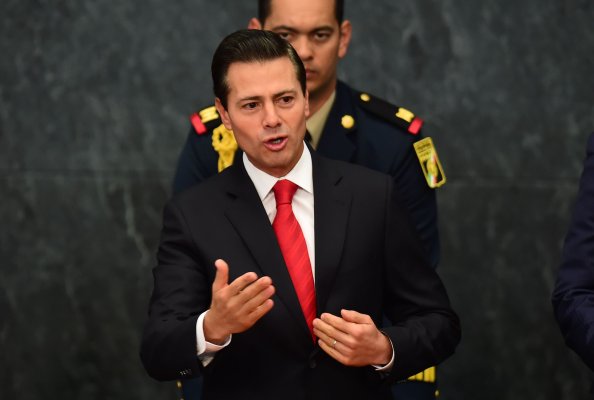