President Donald Trump (L), holds an African American History Month listening session attended by nominee to lead the Department of Housing and Urban Development Ben Carson (R) and other officials in the Roosevelt Room of the White House on Feb. 1, 2017 in Washington, D.C.
Michael Reynolds—Pool/Getty Images
Ideas
By Tavis Smiley

My grandfather used to always remind me: There was a really good reason I have one mouth, but two ears.

Curiously, this week’s bizarre event at the White House was billed as an “African American History Month Listening Session.” But, as usual, Donald Trump did more talking than listening.

I tried to watch Trump’s Black History Month speech. Honestly, I did. But I couldn’t take it. Too cringey, too coarse, too caustic.

Black folk have already been saddled with the shortest and coldest month of the year in which to celebrate such a rich heritage!

So, why would Donald Trump co-opt a Black History Month program by pontificating yet again about media bias, and then reprise his hollow and feigned complaint about the crisis condition of life in communities of color — at a black history celebration, no less.

Since I can’t get inside his head or his heart, I’ll stop short of saying he doesn’t care about the country (like they suggested about Obama). But if you and I are America, and the arrogance of his actions prove time and again that he really doesn’t care about us, then, well…

Apparently, Trump doesn’t understand what this Black History Month thing is all about. Let me try. For me, there are at least three primary reasons we make time for this annual observance.

One, to invite fellow citizens to wrestle with the DuBoisian question, “Would America have been America without her Negro people?” (No!) Now, this question can surely be answered without casting aspersion on any other beloved community, but can you imagine an America without the historical contributions of Harriett Tubman, Martin Luther King, Jr., Frederick Douglass, Louis Armstrong, Rosa Parks, Jackie Robinson, Ida B. Wells-Barnett, Thurgood Marshall, Charles Drew, Muhammad Ali, Katherine Johnson, Paul Robeson…? The list goes on and on.

It’s not an America I would want to inhabit, or be proud to call home.

And by the way, his recent meeting with the eldest son of King notwithstanding, Trump needs to keep King’s name out of his mouth, unless and until he’s ready to use his high office to confront the triple-threat that King warned us about fifty years ago: racism, poverty and militarism.

Two, Black History Month reminds us annually that we are sitting in the shade under trees that we did not plant, water or grow. None of us walks alone. Each of us is part of a continuum. We owe a debt to our ancestors that we can never repay, and we are mindful that, as the author Terry Tempest Williams wrote, “The eyes of the future are looking back at us, and praying for us to see beyond our own time.”

Three, the struggle, sacrifice and service to the nation rendered by our foremothers and forefathers reminds us that we have come to love this country in spite of, not because of. In spite of it all, our ancestors stood tall, bodies bloodied but heads unbowed. We are reminded that if we are to do our part to make America a nation that will one day be as good as its promise, we, too, must stand.

The aforementioned Sly Stone released a song in 1969 called “Stand.” It goes:

The B-side of “Stand” was the mega-hit “I Want To Take You Higher!” At our best, the tradition of black people in America is to be the conscience of this country, to help lift our nation higher. We are happy to assume that role yet again, and to tell President Trump during Black History Month, on behalf of millions of fellow citizens all across America, what we intend to do for the next four years… 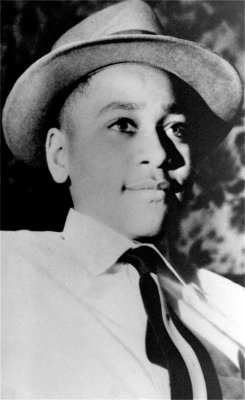