A Found Novel of Harlem Works As a Time Capsule

Claude McKay (1889–1948) has long been considered one of the great authors of the Harlem Renaissance. He wrote novels such as Home to Harlem (1928) and Banana Bottom (1933) as well as poetry, memoirs and a major cultural biography, Harlem: Negro Metropolis. Scholars and admirers now have a new piece of the oeuvre to admire: 69 years after his death, Penguin Classics is publishing a McKay manuscript, Amiable With Big Teeth, found by a student in the Columbia University archives in 2009, making it just one in a recent slew of works by dead authors seeing the light of day for the first time.

Late last year, a posthumous collection of short stories by the filmmaker Kathleen Collins came out after sitting in a steamer trunk for decades; an unfinished Mark Twain story will be published as a children’s book in September; the Strand magazine (which has made a cottage industry out of such finds) recently put out a previously unpublished H.G. Wells story; and Beatrix Potter fans got a new children’s book from the Peter Rabbit author last year after it was discovered in the Victoria and Albert Museum archives.

Amiable With Big Teeth lives up to McKay’s reputation. The book satirizes life in Harlem during the 1935 Italian invasion of Ethiopia, when “Aframericans” (the Jamaica-born author’s term) rose up in support of Ethiopians. He was taking aim at the white communists who tried to infiltrate pro-Ethiopia groups to win support for their cause, manipulating the “poor black sheep of Harlem” without caring about their problems. Socialites, intellectuals and hucksters debate the conflict abroad from the parlors and churches of Harlem, while communists picket to “Make Harlem safe for Soviet Russia.” McKay mocks both sides, but he knows the stakes: “If a native state can maintain its existence in Africa and hold its head up among the white nations,” one character says, “it adds to the self-respect of the colored Americans.”

McKay enjoyed support from the Federal Writers’ Project, a New Deal program that gave him a paycheck and access to rich sociological archives. (Other participants included Ralph Ellison and Zora Neale Hurston.) It’s thanks in part to that project that we now have this time capsule of a novel.

McKay’s editor turned the book down in 1941; it appears now almost exactly as it was drafted. The story could have used tightening, but it’s a shame for McKay’s contemporaries that it was passed over. For us, it’s a lucky treat. 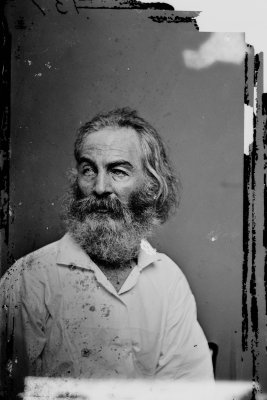 The Walt Whitman Workout Plan
Next Up: Editor's Pick