Following new public details about a recent phone conversation with Australian Prime Minister Malcolm Turnbull, President Donald Trump took to Twitter late Wednesday to criticize a deal brokered between Canberra and the administration of former President Barack Obama to resettle some refugees in the United States.

Trump vowed to “study this dumb deal,” in which the previous administration agreed to accept 1,250 asylum seekers from Australian-run detention centers on the Pacific islands of Manus and Nauru—roughly half of the people who are stuck in limbo off the Australian coast. Australia refuses to accept them or even allow them to be processed on Australian soil.

The Washington Post reported that Trump criticized the deal during a phone conversation with Turnbull on Saturday that anonymous senior officials depicted as hostile. The call, which the Post said the White House declined to comment on, reportedly centered on the refugee deal and was prematurely ended by an aggravated Trump.

If the tone of the call is verified, it would represent a startling departure from the manner in which previous American leaders have addressed their counterparts in Australia, which has been a steadfast American ally for decades and allows Washington to base hundreds of Marines there.

According to the Post, White House Press Secretary Sean Spicer told reporters earlier this week that Trump agreed during the phone call to honor the agreement, and said that the refugees would be subject to “extreme vetting” procedures.

However, the officials cited by the Post, who had reportedly been briefed on the call, said Trump told Turnbull that he was “going to get killed” politically if he honored what he called “the worst deal ever.”

Tightening up immigration was one of Trump’s core campaign promises and among the first issues he took up during his first week in office. His executive order barring all refugees and banning travel from seven predominantly Muslim countries caused chaos over the weekend, prompting protests, confusion and knotty legal cases over refugees, immigrants and permanent residents detained at airports across the United States. 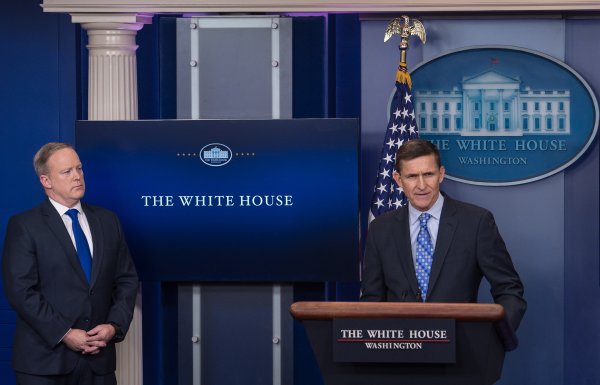 The White House Has Put Iran 'on Notice'
Next Up: Editor's Pick