A Letter From Quebec City

People visit a makeshift memorial near a mosque that was the location of a shooting spree in Quebec City, on Feb. 1, 2017.
Alice CHchiche—AFP/Getty Images
Ideas
By Stuart Stevens

I started coming to Quebec City many years ago, when I was trying to be a cross-country ski racer. Probably the best cross-country ski trails in North America are just a short 30 kilometers north of the city, at a ski area called Mont St. Anne. I never really made it as a real racer but I fell in love with the area and about a decade ago, bought a little ski house just off the trails. As soon as the snow comes — usually the first week of December — it’s where I want to be.

And it’s where I was Sunday night, by chance driving very near the mosque that was attacked, just after it happened. The quiet suburb of St. Foy was suddenly filled with what looked like every cop in Quebec, ones with automatic weapons, which is something I’d never seen in Quebec outside the Montreal airport.

The Islamic Cultural Center of Quebec looks like it was built to house a hip architecture firm, sleek lines of glass and stone. I’d driven by it many times and had no idea it was the Grand Mosque of Quebec. My attention was often drawn to the ruins of a beautiful Catholic church across the street. The Church of St. Foy had burned in 1977, never rebuilt, and stands like a postcard from the London Blitz, a crumbling façade graced with a striking dignity by its refusal to collapse.

The Quebec cops massed around the Mosque with weapons drawn were classic Canadian polite, still starting with the “Bonjour, Monsieur,” directing traffic while carefully looking inside each car as we crept past. The radio bulletins sounded much more intense, the Quebecois slipping through the usual flat tones of Canadian Broadcasting Corporation French. On my way back to the house, a Quebec skiing buddy called me, “Has the world gone mad?” he said without the normal back and forth that seems to initiate every exchange in French. “Madness,” he said and in the background I could hear a television and faintly the sounds of his wife crying.

Violent death in this part of the world is a stranger. Two people were murdered in Quebec City last year. Yes, two. That’s a lower rate than Iceland, which is considered one of the safest countries in the world. In Montreal, which locals talk about as if it were a separate, distant nation, motorcycle gangs still like the occasional gunfight and there is something resembling crime. But around Quebec City people seem too cold in the winter and too happy not to be cold in the summer to focus on killing one another. As that Anglo Bertie Wooster would say, “It’s just not done.”

The history of Quebec is hardly a stranger to the toxic mix of blood and religion. The Catholic Church created the Europeanized Quebec as much as any national entity. When Montcalm and Wolfe squared off on the Plains of Abraham where both were soon to die, it was as much a defeat of the Catholic Church as it was a victory for England. But that was a long time ago and even though feisty Quebecois changed the Wolfe Memorial inscription from “Here Died Wolfe Victorious” to “Here Died Wolfe,” it’s as if the decades of religious proxy wars left everyone drained of enough hate, or energy, to kill in God’s name, whomever your God might be.

The alleged murderer has the flat, dead stare of a Dylann Roof. This is the madness that kills in a Charleston church or a Denver movie theater or, yes, a Quebec City Mosque. Winter Carnival just began, two weeks of celebration of ice and snow, drink and food, and a time when Quebec City’s streets seemed filled with happy families and couples in love. I wonder if this helped push this killer off the ledge, being surrounded by so many who embrace life when he felt excluded, drawn to death.

Last January six Quebecers, including a family of four, were killed in an Al Quaeda affiliate attack on their hotel in Burkina Faso. They were teachers, retired and active, who had volunteered to help build a school. From a suburb of Quebec City, they seemed, as teachers often do, to know everyone in the community. Standing in the cafeteria of the Mont St. Anne ski center, I watched as the crowd hushed and then several people began to cry as the news came over the television. On that perfect winter day which was nothing if not a celebration of being alive, it seemed so strange and impossible that such hate existed.

Now that hate has come on the evening of another perfect winter day. A friend stayed home from work to spend the day cooking to bring food to the Mosque. “It is nothing,” she said, “but I feel like I have to do something.”

I suspect it is more than nothing. Nothing may be all that we can do, but when we stop caring enough to try, we will have lost everything. 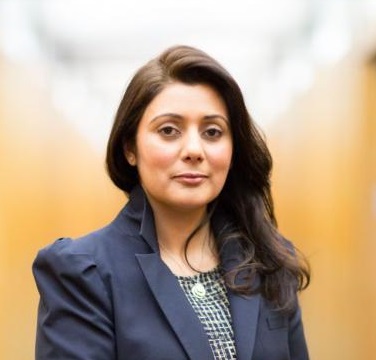 Let's Call 'Honor Killings' What They Are: Domestic Violence
Next Up: Editor's Pick