'We Don't Want to Risk It.' Some Green-Card Holders Fear Leaving the U.S. Under Trump’s Travel Ban

Protesters rally during a demonstration against the Muslim immigration ban at JFK International Airport on Jan. 28, 2017, in New York City
Stephanie Keith—Getty Images
By Charlotte Alter

Most people think of President Trump’s recent travel restrictions in terms of how they affect immigrants trying to enter the U.S. But the executive order stands to impact the lives of legal U.S. residents, some of whom are canceling travel plans out of fear that they won’t be able to return to the U.S.

Even some green-card holders, who were exempted from Trump’s travel ban after widespread protests, are nervous about their ability to get back into the U.S. if they leave the country. The travel ban initially applied to all travelers from the seven Muslim-majority countries, including green-card holders, until Secretary of Homeland Security John Kelly issued a statement clarifying that legal U.S. permanent residents will be exempt from the travel ban if they apply for a wavier. So far, all of the roughly 170 wavier requests have been approved.

Shay Soroush, a 26-year-old TV producer who has a green card and lives and works legally in the U.S., is still worried that if she leaves the U.S. that she won’t be let back in. She’s been working for several months on a TV show for the Persian New Year that was scheduled to tape in Istanbul next week. Now, Soroush says she plans to stay put. “Even though the authorities have said the people with the green cards can come back, we don’t want to risk it,” she says.

Soroush is waiting to see whether her parents will be able to visit from Iran to see her and her 19-year-old sister, a student who also lives in Los Angeles. Soroush says her parents had an interview for a tourist visa to visit their daughters, but Soroush says the interview has since been canceled.

Some immigration lawyers are cautioning their clients not to leave the U.S. unless they absolutely have to, at least until the travel situation is clarified. “Unless you have to leave, don’t leave until the situation is less fluid” is what California immigration attorney Ally Bolour tells his clients.

Amir B., who asked that his full name not be used out of concern over his immigration status, is also a legal U.S. resident who is considering canceling his plans to travel outside the country on a birthday trip with friends. Amir is gay and says he applied for asylum in the U.S. because he felt would be persecuted for his sexuality in his native Iran. He’s had a green card for five years. He lives in Orange County in California with his two cats, and works as an engineer for a company that often sends him across international borders.

“I’m concerned about passing through customs with an Iranian passport,” he says. “The whole point of becoming a legal permanent resident is to feel that you’re at home and can come and go as you please.”

Amir usually meets up with his Iranian parents in Turkey or the United Arab Emirates every 18 months or so, since he cannot return to Iran, but “for the foreseeable future, it’s going to be impossible,” he says.

“I came to this country thinking that if I follow the law, follow the basics of immigration, I’d be able to have a normal American life,” he said. “It’s kind of disappointing and sad that I even have to go through this.” 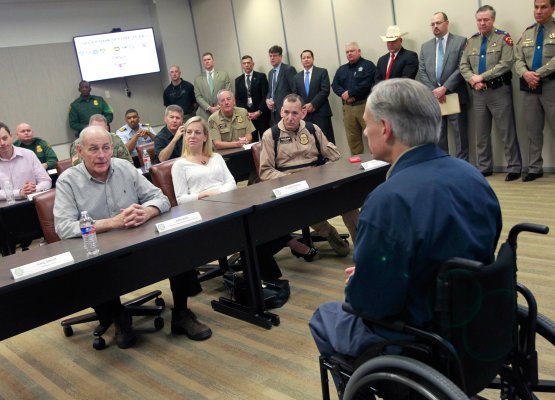