In the wake of an Iranian ballistic missile test and strikes by Iranian-backed Houthi rebels in the Red Sea, the White House is putting Iran “on notice.”

Speaking to reporters in the White House Briefing Room, National Security Advisor Michael Flynn condemned the actions, while issuing a threat to Iran that the Administration won’t be tried lightly.

“Recent Iranian actions, including a provocative ballistic missile launch and an attack against a Saudi naval vessel conducted by Iran-supported Houthi militants, underscore what should have been clear to the international community all along about Iran’s destabilizing behavior across the Middle East,” Flynn said.

Trump was a frequent critic of the Iran nuclear agreement during the campaign trail, but broke with some in his party stating that it had to be respected, rather than be abrogated on day one.

“Instead of being thankful to the United States for these agreements, Iran is now feeling emboldened,” Flynn said. “As of today, we are officially putting Iran on notice.”

It was not immediately clear whether the tougher rhetoric would translate to tougher policy toward Iran. White House Press Secretary Sean Spicer said the National Security Council would provide a briefing to reporters later Wednesday.

In some of the Administration’s most specific criticism of its predecessor, Flynn also lambasted the Obama Administration as having “failed to respond adequately to Tehran’s malign actions—including weapons transfers, support for terrorism, and other violations of international norms.” 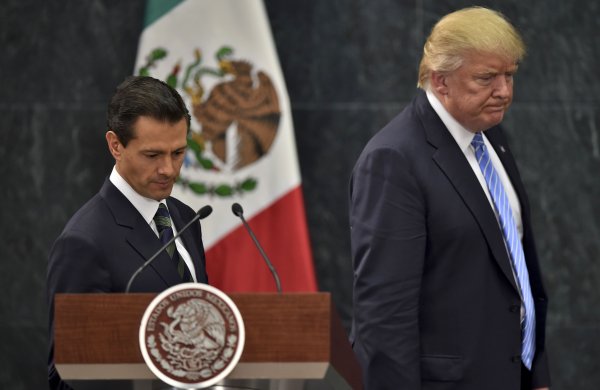