How Camping Helps You Sleep Better

Spending time in nature can work wonders for human health, from lowering blood pressure and stress hormones to sparking feelings of awe. Growing research suggests it may also improve sleep by resetting our internal clocks to a natural sleep cycle. A new study released in the journal Current Biology adds to that evidence by showing the sleep-promoting benefits of the great outdoors.

Kenneth Wright, a researcher at the University of Colorado Boulder and author of the new study, embarked on his camping research back in 2013, when he sent people on a week-long summer camping trip to understand how their internal clocks changed without electronics and only natural light. Before and after the trip, he measured their levels of the hormone melatonin, which alerts the body when it’s time to prepare for bed and helps set a person’s internal clock. Wright found that people’s internal clocks were delayed by two hours in their modern environment—which isn’t a good thing, since an out-of-whack sleep cycle has been linked to health problems like sleepiness, mood problems and a higher risk of being overweight. But they were able to recalibrate after a week in nature.

Now, in the new study, Wright set out to better understand how long it takes for people to recalibrate their internal sleep cycles and whether it also works in winter.

In the first part of his study, Wright equipped five people with wearable devices that measured when they woke up, when they went to bed and how much light they were normally exposed to. Wright also measured their melatonin levels in a lab. After that, everyone went on a week-long camping trip—but this time, it was during the winter.

Wright found that people’s internal clocks were delayed during their normal schedules—this time by two hours and 36 minutes—compared to when they were exposed to only natural light on their camping trip. They also had higher melatonin levels, which signals that it’s a person’s biological night. “We don’t know what this means, but we do know some humans are sensitive to seasonal changes,” says Wright. “Some people get winter depression or may gain weight a bit more.”

In the second part of the study, Wright wanted to see what happened when some people went camping for just a weekend and others stayed home. Most who stayed home stayed up later than usual and slept in, and their internal clocks were pushed back even further. But on the two-day trip, campers’ internal clocks shifted earlier. “That says we can rapidly change the timing of our internal clock,” says Wright.

Fun as it may be, camping isn’t the only way to get similar results, Wright says: Exposing yourself to morning light, cutting down on electrical light from smartphones and screens in the evening and even dimming the lights at home can help.

As for Wright, he sets his internal clock by hiking in the morning, then waking up and going to sleep at the same time every day. It appears to be working: he doesn’t even need an alarm clock anymore. 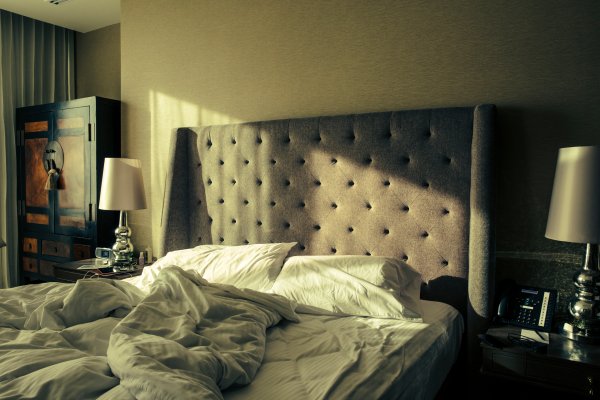 These 7 Strange Therapies Might Solve Your Sleep Problems
Next Up: Editor's Pick