It appears First Lady Melania Trump will cover the February issue of Vanity Fair Mexico and after seeing the photo, Seth Meyers had a few questions.

In fact, Meyers had so many questions about the oddly timed cover, which appeared amid President Donald Trump’s order to greenlight the construction of a wall on the Mexican border, that he unveiled a brand-new segment on Late Night on Tuesday, fittingly called “A Lot of Questions”.

The photo, which originally ran in GQ in 2016, features the First Lady twirling a fork around a diamond-encrusted necklace pulled from a plate filled with jewelry, which lead to Meyers first question: “Is she going to eat those diamonds?”

It was a interesting question that naturally lead to his follow-up, “In the Trump household are diamonds food?” As the segment’s title suggests, there were more questions like, “Is someone who eats diamonds while wearing diamonds the same as someone who eats Doritos while wearing Doritos?” and “Isn’t it weird that this isn’t that shocking? That this isn’t even the most bizarre thing we’ve seen this week?” 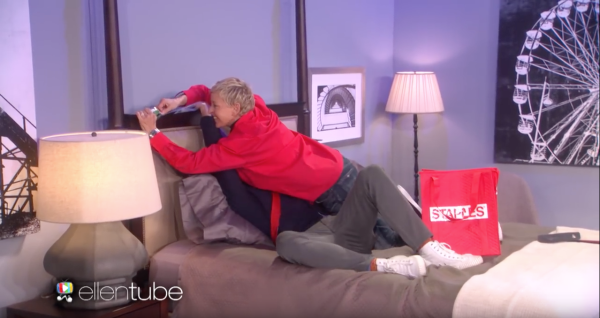