Steve Jobs is a tough act to follow. How tough? Six years after Tim Cook took control of operations at Apple from Jobs, he’s still trying to escape the long shadow of his predecessor.

Cook has led Apple since January 2011, when Jobs went on medical leave to battle pancreatic cancer. The following August, Cook formally assumed the title of CEO. Under his leadership, Apple’s market cap has risen 144%, besting the 104% gain in the Nasdaq Composite Index. During the previous six years – the last six of Jobs’ tenure – Apple’s stock rose 329%.

Those numbers underscore the dilemma Cook faces. On the one hand, he’s steered Apple into a success that surpasses that of most of its Silicon Valley peers. On the other, he’s not Steve Jobs. And that has left Cook in a position where, no matter how well Apple is doing, it never quite seems to be good enough.

In the last year alone, Apple’s stock has risen more than 25% – again outperforming the Nasdaq by a good margin. And yet in recent weeks, many observers have been questioning Cook’s leadership, prompted in good part by the 10-year anniversary of the iPhone’s now legendary introduction by Jobs.

Some observers feel Apple has been losing its focus. One entrepreneur compared Cook to Steve Ballmer, who while CEO of Microsoft missed opportunities in search and mobile. A Wall Street analyst complained that Apple “lacks the courage to lead the next generation of innovation.” A former Apple employee tweeted, “The very first thing Tim did as CEO was convert Apple from a dynamic change-maker into a boring operations company.”

Read more: Everything we think we know about the next iPhone

Of course, Cook has his defenders. But 2016 presented Apple with its share of challenges. In its fiscal year through September, Apple saw its revenue decline for the first time in 15 years. Upgrades to the iPad, the Apple Watch and the MacBook Pro were steady improvements enough, but lacked the panache of years past. The company was seen as lagging behind Google and Microsoft in artificial intelligence. Bold new products, long promised by Cook, didn’t arrive soon enough to placate Apple skeptics.

All of these developments tugged at a core concern: Apple is losing its innovative edge. It had become The iPhone Company – the device makes up 70% of company revenue – and smartphones are becoming a saturated market. Even if that wasn’t Cook’s fault, it remained a big problem for him. When The New York Times asked Peter Thiel if the age of Apple were over, he said yes. “It’s not the fault of Tim Cook, but it’s not an area where there will be any more innovation.”

On Tuesday, Cook had his chance to disagree with all these naysayers. Apple said it returned to year-over-year growth last quarter for the first time in four quarters. Cook was careful to enumerate all the financial records it set last quarter: iPhone revenue. Watch revenue. Mac revenue. Revenue from the App Store and other services. Overall, revenue rose 3% last quarter, while earnings per share rose to $3.36. (Not everything was a record: Net income fell 3% to $17.9 billion).

One bright spot was services like the App Store and Apple Music. Revenue there grew by 18% last quarter as the number of paid subscribers grew to 150 million and as the average spend per customer also increased. Cook said he expects services revenue to double to around $50 billion in four years.

But the better news concerned Apple’s core iPhone business. Apple sold 78.3 million iPhones last quarter, above the 77 million estimate analysts had been looking for. iPhone revenue was strong in all regions except China, and many sales were coming from both upgrades and people switching from other manufacturers – two important developments as the global market for smartphones grows saturated.

That’s crucial for Cook, because it gives him time to prepare for the next iPhone, Apple’s most anticipated release in years. Not only is the next iPhone arriving on the 10th anniversary of the first model, it’s rumored to have features like an OLED screen, a glass casing, a battery that charges wirelessly, and possibly augmented reality features that Cook has hinted at in recent months.

If the “iPhone 8,” or whatever it ends up being officially named, revives Apple’s sales the way the iPhone 6 did a few years ago, Cook will have more time to deliver on the longer-term products he keeps insisting are in the pipeline. Unlike many previous earnings calls, no analyst asked for an update on that pipeline. The focus right now is squarely on the next iPhone, the next version of the game-changer Jobs unveiled a decade ago. And for Cook, that’s enough. Unlike skeptics like Thiel, he sees plenty of life left in the smartphone.

“I think the smartphone is still in the early innings of the game. I think there’s lots more to do,” Cook said during Apple’s earnings call Tuesday. “We think different about a bunch of things,” he added, invoking an old Apple slogan. “This is just one more thing.” 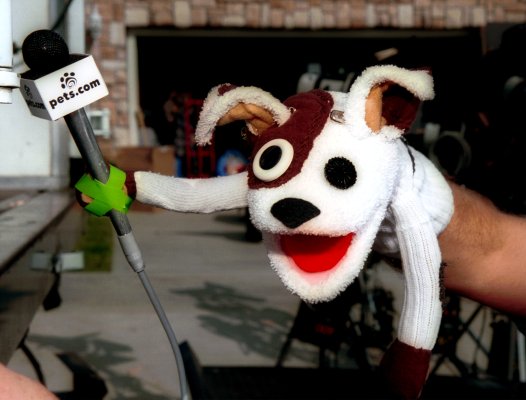 The 25 Most Influential Super Bowl Ads of All Time
Next Up: Editor's Pick