An Iraqi child sent to the U.S. for treatment after suffering serious burns at a refugee camp has reportedly been separated from his family by President Trump’s executive order barring travelers from seven Muslim-majority nations.

One-year-old Dilbreen is due to undergo surgery this later this week, reports CBS Boston. His parents had obtained visas to travel to the U.S. to be with him, but were told the permits were suddenly revoked. Attorneys are now trying to help the family get a special waiver so they might arrive in time for their child’s operation, scheduled Feb. 5.

“So they are stranded in Iraq,” said Carrie Schuchardt, from the Massachusetts social-services organization House of Peace, where the family were supposed to be staying. “The child is here. The need for surgery is pressing.”

The boy had suffered severe burns last year when a heater exploded in the refugee camp his family were sheltering in. He was rushed by an aid group to Shriner’s Hospital in Boston for urgent treatment, accompanied by his father, according to the report.

While he stayed in the U.S. with a family in Michigan following the initial surgery, Dilbreen’s father returned to Iraq for the birth of the boy’s little brother, according to CBS.

On Tuesday, Massachusetts Attorney General Maura Healey filed a lawsuit against the President challenging his immigration order, saying the ban was “harmful, discriminatory, and unconstitutional.” The executive order, which was signed last Friday, has since sparked other litigation, as well as furious protests across the country and overseas. 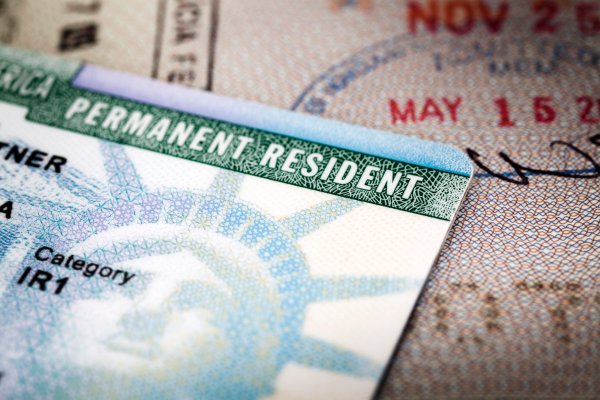 Imam Disputes That Woman Died in Iraq Because of President Trump's Immigration Ban
Next Up: Editor's Pick