There Are Echoes of China in Today's America

A Chinese magazine with a front-page story naming then U.S. President-elect Donald Trump as its Person of the Year is seen at a news stand in Beijing on Dec. 29, 2016
Greg Baker—AFP/Getty Images
Ideas
By Maura Cunningham and Jeffrey Wasserstrom
Maura Cunningham and Jeffrey Wasserstrom collaborated on the second edition of China in the 21st Century: What Everyone Needs to Know (Oxford, 2013) and are co-writing a third edition of that primer.

As Americans who write about and spend time in China, we are frequently asked what the People’s Republic is like. People often say things to us like “I hear things are really different over there.” Yes, in many ways they are. But we are troubled by how often lately we experience a strange sort of China-related déjà vu when following events in the U.S.

Visa holders being turned away at airports. The country’s leader saying that a newspaper should be run “correctly” or shut down. Officials defending “alternative facts” that blatantly contradict … well, actual facts. These phenomena seem familiar yet strange. The strangeness lies in them originating on the American side of the Pacific, while our past experiences of them related to China.

The White House’s denigration of specialized knowledge when it flies in the face of ideology brings to mind Mao Zedong’s insistence that the only “experts” to be trusted were ones thoroughly “red” in political thought. The notion that green cards held by people from seven Muslim-majority countries are special reminds us of Beijing arbitrarily revoking the passports of Uyghur residents of Xinjiang.

We do not mean to suggest that all differences between the systems have disappeared. They have not. We are keenly aware of this as observers of protest, feminism, NGOs, journalism, and the Internet. You cannot be arrested in the U.S. for using social media to publicize an upcoming protest. You can in China, under laws prohibiting the spread of “rumors.” An independent judiciary can at least partly counterbalance other forms of power in the States — but this is true in only one part of the People’s Republic of China, Hong Kong, and like all other forms of legal and political distinctiveness there, this has been under intense pressure.

The leaders of the Women’s March were not detained on spurious grounds, as happened to China’s “Feminist Five” in 2015. Donald Trump may hate the New York Times, in part because it presses him to release his income-tax records, but its website is not blocked. The paper’s site is inaccessible in China, in part because of articles it published on the finances of relatives of top Chinese leaders. Some Chinese rights lawyers continue their work in the face of government surveillance and the threat of arrest, but China has no counterpart to the ACLU. And so on.

What concerns is that until recently the distance between the systems of the two countries seemed to be widening but now appears to be shrinking. Since Xi Jinping’s rise four years ago, he has ramped up repression, extending moves toward tighter control that began under Hu Jintao. The contrast between the U.S. and Xi’s China — where things are tougher for rights lawyers, NGOs, feminists, crusading journalists, and freethinking academics than they have been for a quarter-century — should be so great by now that no one wonders if a report is about what Washington or Beijing is doing. But this is precisely what we sometimes wonder—and we are not alone. We know from what we have heard them say and seen them write that many journalists and academics familiar with China have wondered the same thing recently when specific stories have broken.

We were never among those convinced that, over time, China’s political system was bound to democratize in a way that would make it resemble ours. This seemed just the latest version of the patronizing, unrealistic conversion fantasy that has long bedeviled mutual understanding between China and the West. We also strove to avoid romanticizing the way things were in our own country, often telling Chinese friends who seemed overly enamored of the U.S. how serious American problems of racial and other inequalities remained and how long it had taken for some rights to be protected. We felt it important that even as we criticized Beijing’s record on human rights, we did not turn a blind eye to problems on the other side of the Pacific.

We thought that China was on a distinctive path. We did hope, though, that there would be some convergence between the two countries when it came to civil liberties and the public sphere. We thought the best chance of this happening lay in some practices with a solid basis on the American side of the Pacific setting down roots on the other. That seemed to be happening between the early 1990s and 2008, when China became less starkly authoritarian before reversing course.

Now, alas, to the extent that the distance between the systems is narrowing, it is in the opposite way, via a convergence toward a location along the democratic to illiberal spectrum that is closer to the latter end point. Our familiarity with China’s actually existing authoritarianism convinces us that things have not gone as far in the wrong direction as some suggest. This same familiarity, though, makes us feel that things have moved far enough to make it urgent to celebrate, appreciate, and fight for the freedoms and checks and balances that exist in one of the two countries we care most about but not in the other. 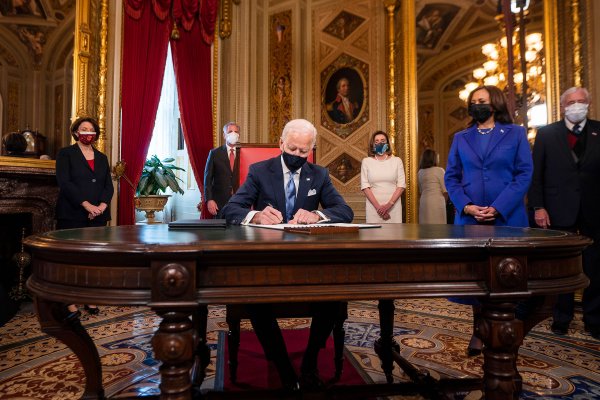