“U.S. policy regarding the possible targeting of American citizens has not changed,” Principal Deputy Press Secretary Sarah Sanders said in a statement Tuesday.

In his press briefing Tuesday, Spicer said, “No American citizen will ever be targeted,” in such operations. His comments were an apparent break from the policy of the Obama Administration, which targeted American-born al Qaeda in the Arabian Peninsula (AQAP) propagandist Anwar al-Awlaki in a 2011 drone strike.

Spicer made the comments in response to question about a recent U.S. military strike in Yemen that reportedly killed Awlaki’s the 8-year-old American daughter. Spicer refused to comment on reports that the girl, Nawar al-Awlaki, was killed in the raid. Her grandfather confirmed her death to NBC.

“The United States does not and will not deliberately target family members of terrorists,” Sanders added.

The Jan. 28 strike was the first explicitly ordered by President Donald Trump, an official confirmed. U.S. Central Command said in a statement that “the operation resulted in an estimated 14 AQAP members being killed and the capture of information that will likely provide insight into the planning of future terror plots.”

The statement cast the raid as “one in a series of aggressive moves against terrorist planners in Yemen and worldwide.” 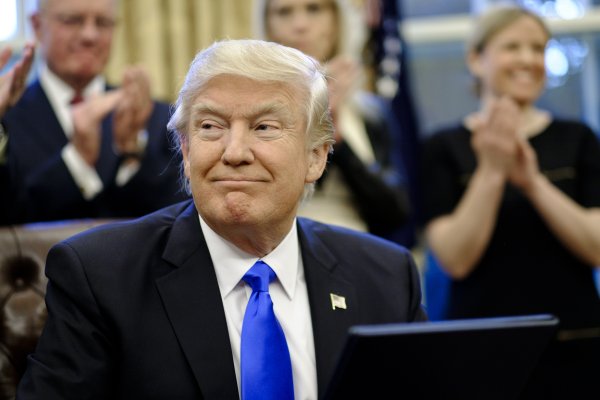