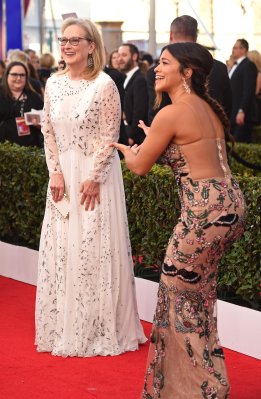 Gina Rodriguez Had a Serious Fangirl Moment Over Meryl Streep at the SAG Awards
Next Up: Editor's Pick