Ideas
By Rep. Barbara Lee
Lee is a U.S. Representative for California

In my time as an elected representative in California and here in Congress, I am proud to have fought side-by-side with constituents, advocates, and my colleagues to end racial and gender discrimination, stand up for our human rights, and work to build a future in which all our families can thrive.

I have also seen, time and again, politicians who not only ignore the daily struggles and realities of our lives, but also attempt to interfere in our most personal decisions. President Donald Trump is just the latest politician to think he knows better than women how we ought to live our lives.

Representative Henry Hyde was another. I was a staffer for the great Congressman Ron Dellums, a Democrat representing California’s ninth district, when the Hyde amendment was attached to the federal budget for the first time. I was shocked that so soon after Roe v. Wade established the legal right to abortion, Rep. Hyde sought to strip that right from low-income women.

In the 40 years that the Hyde amendment has persisted, my moral outrage at its blatant discrimination against poor women has not wavered. Neither has my resolve to see it dismantled once and for all.

That’s why, in 2015, Congresswoman Jan Schakowsky and I introduced the EACH Woman Act, groundbreaking legislation to lift the bans that deny abortion coverage and ensure that each of us, wherever we live and however we are insured, are able to get coverage for the full range of reproductive health services, including abortion.

For too long, a woman’s source of insurance or level of income has determined whether she has coverage for abortion care. With the EACH Woman Act, we intend to stop that discrimination.

The EACH Woman Act would end the Hyde amendment and similar policies that have brought pain and punishment to federal employees and their dependents, our brave women in uniform, veterans, Native Americans, Peace Corps volunteers and D.C residents. As the list of those harmed by coverage bans continues to grow, a resistance has emerged to bring an end to this life-threatening policy.

Now, two years since the bill’s original introduction, we find ourselves in a new and profoundly disturbing political reality.

Maya Angelou once said, “When someone shows you who they are, believe them.” President Trump has shown us exactly who he is by surrounding himself with men who have spent their careers trying to take healthcare away from women. Men like Vice President Mike Pence and Congressman Tom Price.

The beginning of the Trump administration, has provided an unsettling glimpse of what Trump and right-wing extremists have in store for the American people. Republicans in Congress have already passed a sweeping ban on abortion coverage that would make the Hyde amendment permanent and could end insurance coverage of abortion in the private insurance market. We’ve also seen the introduction of a nearly total abortion ban, and Trump has issued executive orders that will no doubt reduce access to safe abortion and increase maternal death rates worldwide.

We know that restricting Medicaid coverage of abortion forces one in four poor women seeking abortion to carry an unwanted pregnancy to term. These women and other women denied an abortion are more likely to fall into poverty than those who received care.

These new attempts to bully, shame, and punish women for reproductive health decisions come on the heels of new research showing the health disparities experienced by women of color who are not able to get the reproductive health care they need are even worse than previously thought.

The new administration has made one thing clear: the health and wellbeing of our sisters, mothers, friends and families have been placed on the chopping block.

That’s why I’m re-introducing the EACH Woman Act in this Congress. Is it a bold move? Absolutely.

And bold leadership is exactly what we need to blunt the devastation Trump is threatening to impose on our nations women and families.

Across the country, people and organizations of conscience including abortion funds, labor unions, people of faith, groups representing Black, Latino and Asian-American communities and youth organizations who have declared their support, united under the All* Above All campaign.

We are united in our vision for a future where no one is denied comprehensive reproductive health coverage, and that includes abortion. And we will not be intimidated by President Trump, Paul Ryan or any other politician who wants to stand between a woman and her health care. 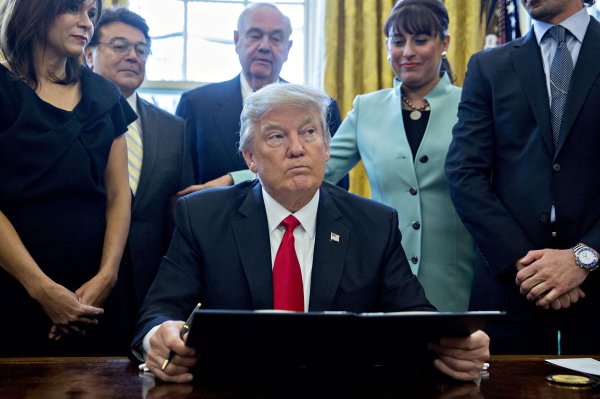