Daily Show host Trevor Noah isn’t mincing words when it comes to his approach to President Donald Trump, and Monday night was no exception, as he took to his show to tear down the executive order limiting travel for immigrants and refugees.

“Do you understand how insane this is?” he asked. “People at the airport were pissed—and it’s not because they were at the airport. Welcome to Trump’s America.” He called the immigration ban, which limits immigration from seven predominantly Muslim countries, an order that involved “all the consideration of a drunken Vegas wedding,” and then brought in senior correspondent and fellow comedian Hasan Minhaj—who had recently flown into JFK Airport over the weekend in the midst of the frenzy—to comment on his own experience.

“Muslims were publicly praying, and people were cheering them on. Do you understand? Muslims publicly praying at the airport! Think about how crazy this is,” Minhaj reflected, noting that strangers even came up to hug him. He had one parting thought for the commander-in-chief: “For years, Donald Trump has been terrified about the spread of Islam in America. Well congratulations, Mr. President: mission accomplished.” 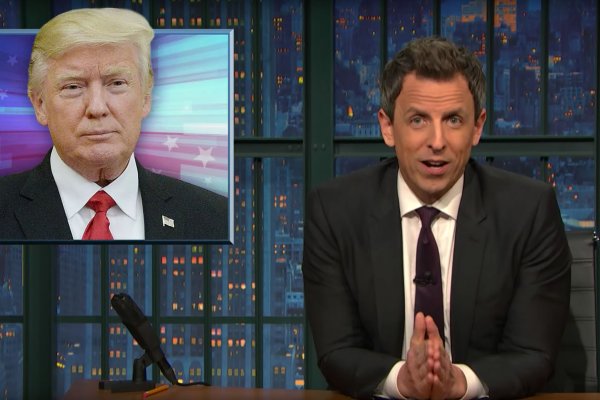